New Poll: Most Americans Upbeat About Economy for First Time During Pandemic 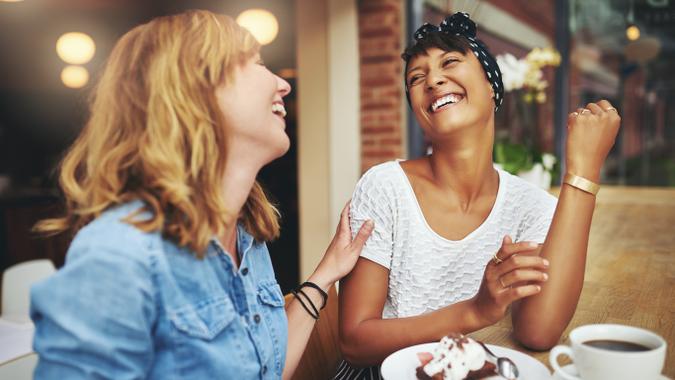 A majority of Americans might finally be seeing the light at the end of the COVID-19 economic tunnel, according to a new CNN poll released on Wednesday.

The poll, conducted by SSRS, found that most respondents — 54% — say economic conditions in the United States are either somewhat or very good, CNN reported. It’s the first time most Americans have had a positive take on the economy since the pandemic began more than a year ago.

The optimism is based on several factors: a decline in jobless claims, expectations that GDP growth will accelerate, the continuing rollout of coronavirus vaccinations and the spending power of U.S. consumers who have been saving money during the lockdown and been bolstered by government stimulus checks.

Despite the rosier outlook, CNN noted that millions of U.S. families are still struggling financially. Of the poll respondents, about half of those with yearly incomes under $50,000 said the economy is in good condition vs. 58% of those with higher incomes. Forty-five percent said economic conditions are somewhat or very poor, down from 65% last May, when the spread of COVID-19 was peaking.

See: ‘Micro-Sellers’ Are Changing How We Shop – and the Economy
Find: The Standard Emergency Savings Advice Was Wrong — How Much Do You Really Need?

To give the economy another shot in the arm, President Joe Biden is pushing a $1.8 trillion American Families Plan to help with education, child care, paid family leave and tax credits. The CNN poll found that 51% approve of Biden’s handling of the economy.

In a separate article by Reuters on Wednesday, the Federal Reserve also took a more upbeat view of the U.S. economic recovery and the war against COVID-19. The Fed cited the easing of the coronavirus crisis, the reopening of the economy and government efforts to boost consumer income and spending.

Fed Chairman Jerome Powell made the assessment following the release of a statement saying that the central bank won’t change interest rates or its bond-buying program. Powell also said the expected rise in inflation should be temporary and won’t force the Fed to raise interest rates sooner than expected.