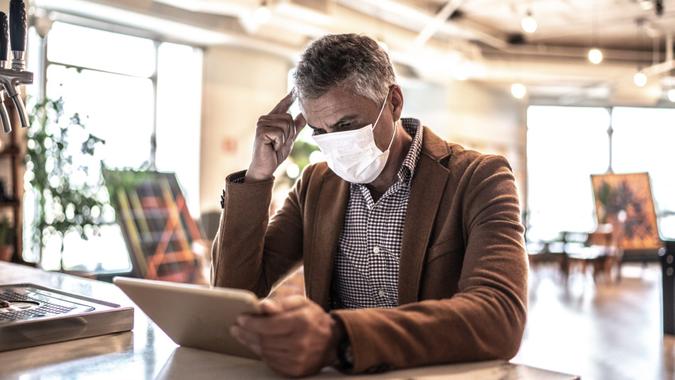 The second, $900 billion COVID-19 relief package includes some changes to the Paycheck Protection Program for small businesses, which are continuing to be battered because of the pandemic. Many of these businesses were not able to take advantage of these loans the first time around due to the money being split unevenly and loopholes permitting big-name companies to take advantage of the program. Many small businesses are now hoping that the PPP program, which re-opens this week, will be different.

See: Small Businesses Want Help During the Pandemic — So Why Aren’t They Asking for It?
Find: 25 Companies Laying Off the Most People Thanks to Coronavirus

This second stimulus, which includes an additional $284.45 billion in lending to small businesses eligible for the aid, is aiming at a more streamlined and fair approach this time. Eligible businesses include new borrowers and qualifying borrowers that already received a loan under the first round of PPP funding.

The Small Business Administration said in a statement that this round of the PPP continues to prioritize millions of Americans employed by small businesses by authorizing up to $284.45 billion toward job retention and certain other expenses through March 31, and by allowing certain existing PPP borrowers to apply for a second-draw PPP Loan.

“The Paycheck Protection Program has successfully provided 5.2 million loans worth $525 billion to America’s small businesses, supporting more than 51 million jobs,” Treasury Secretary Steven T. Mnuchin said in the statement.  “This updated guidance enhances the PPP’s targeted relief to small businesses most impacted by COVID-19. We are committed to implementing this round of PPP quickly to continue supporting American small businesses and their workers.”

However, loan information released by the SBA also shows that 1% of the program’s 5.2 million borrowers — those seeking $1.4 million and above — received more than a quarter of the $523 billion disbursed, according to The New York Times.

About 600 businesses, including law firms like Boies Schiller Flexner and restaurants like the steakhouse chain started by Ted Turner, received the maximum loan amount of $10 million, according to The New York Times.

See: What’s in Store for the Restaurant Industry in 2021?
Find: 2020 in Review — How Small-Business Owners Got Creative in the Time of COVID-19

The information was disclosed following a ruling by U.S. District Court Judge James E. Boasberg directing the SBA to release the names, addresses and precise loan amounts of all individuals and entities that obtained COVID-19-related loans under the PPP.

The judge noted that the statistics themselves are “striking” in that loans of less than $150,000 make up more than 87% of all PPP loans. “In other words, the public has no official record as to the identities of the vast majority of PPP borrowers, as well as the many sole proprietorships and independent contractors receiving EIDL loans,” he stated, noting that release of the borrower information would enable the press and public to monitor whether taxpayer funds have been “distributed fairly and equitably.”

Judge Boasberg added that there are “well-documented allegations of fraud” related to the disbursement and receipt of CARES Act funds, noting that numerous cases have recognized a public interest in determining whether government programs dispensing taxpayer money involve fraud, waste or abuse.

See: 25 Companies Making the Most Money from Coronavirus
Find: Barstool’s David Portnoy Is on a Mission to Save Small Businesses

Some of the key components for these new PPP measures include the ability for small businesses to take a second forgivable loan. However, businesses must meet stricter eligibility criteria, including having fewer than 300 employees. Businesses must also have experienced a reduction of at least 25% in gross receipts during a quarter of 2020 as compared with the same quarter in 2019. Companies engaged in political or lobbying activities will be ineligible for a second draw. In addition, the maximum loan amount available to a second-time borrower is $2 million, down from the $10 million cap on loans during the initial program. Businesses can borrow up to 2.5 times the amount of their average monthly payroll.