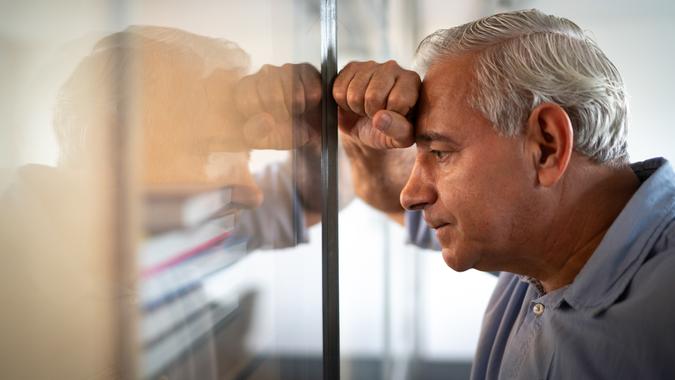 The Great Resignation might be a Great Big Misnomer when it comes to a certain segment of the population — primarily baby boomers, many of whom were fired from their jobs rather than leaving voluntarily.

Discover: How To Get Rich With a Normal Job
More: Here’s How Much Cash You Need Stashed if a National Emergency Happens

That’s the conclusion of a recent study from the New School’s Schwartz Center for Economic Policy Analysis. It found that many older workers did not resign from their jobs during the COVID-19 pandemic, but instead got “pushed out” of the labor force. Since March 2020, the size of the retired population between ages 55 and 74 expanded beyond its normal trend by an additional 1.1 million people.

According to the study’s researchers, most retirements involving older workers occurred after periods of unemployment rather than directly from employment. This represents a departure from typical pre-pandemic retirements — and could indicate that excess retirements during the pandemic were involuntary.

In March 2020, 35 million older workers were employed in the United States. At least 3.8 million workers ages 55 to 74, 11% of all workers in that age group, lost their jobs the following month. But during the same period, the retirement rate didn’t vary much from the norm. Only 2% of workers retired at the beginning of the pandemic, which is about what analysts expected.

A year after the start of the pandemic, the number of people who retired while they were unemployed increased more than tenfold compared to before the pandemic. Out of the 3.8 million older workers who had a job in March 2020 but lost it a month later, 400,000 were “retired involuntarily” a year later. Normally, 180,000 older workers would experience job loss in a given month, and 30,000 would be retired one year later.

Put more simply: It appears that the older workers initially got fired from their jobs, spent a year unemployed, failed to get new jobs, and decided to officially “retire” a year later.

“People who retired from a state of unemployment did not retire by choice,” the study said. “In fact, the number of retirees who were employed one year before… decreased slightly during the pandemic, which signals that older workers were more likely to postpone retirement if they were able to keep their jobs during this period.”

See: POLL: Do You Think Student Loan Debt Should Be Forgiven?
Find: ‘The Great Resignation’: Who Is Quitting and Which Job Sectors Are Suffering Most?

“Low levels of wage growth suggest that the decision to remain retired may not reflect the preferences of many retirees, but rather the lack of demand for their skills and experience,” the study detailed.