The Next Stimulus Hurdle: Raising the Minimum Wage to $15 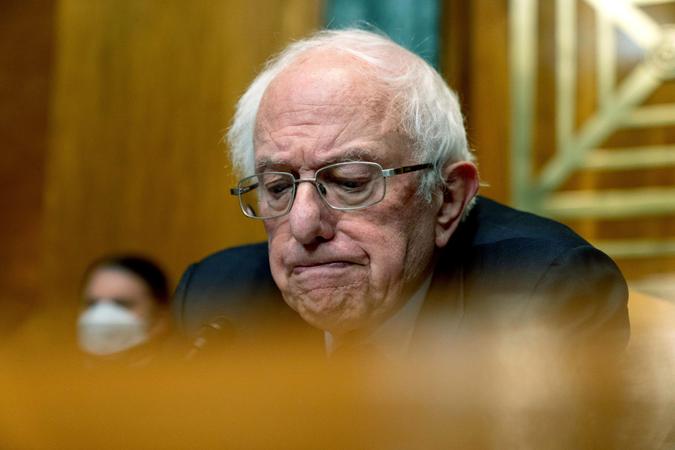 While Democrats are one step further in advancing President Biden’s $1.9 trillion American Rescue Plan, key points are still being debated, including raising the federal minimum wage to $15.

See: Women’s Savings Are Shockingly Low – Inside the Gender Money Gap Made Worse by COVID-19
Find: Democrat Joe Manchin Says He’s Against a $15 Minimum Wage – Is It Good or Bad for American Workers?

Last Friday, the House Ways and Means Committee said that it had approved key measures of the plan – including $1,400 direct payment checks, but now, raising the minimum wage is the next sticky issue.

While Senator and Committee on the Budget Chairman Bernie Sanders is a fierce proponent of the raise, other democrats, including Senators Joe Manchin and Kyrsten Sinema, oppose it.

A $15 minimum wage is not a radical idea. What's radical is the fact that millions of Americans are forced to work for starvation wages, while 650 billionaires became over $1 trillion richer during a global pandemic. Yes. We must raise the minimum wage to a living wage.
— Bernie Sanders (@SenSanders) February 14, 2021

“A $15 minimum wage is not a radical idea. What’s radical is the fact that millions of Americans are forced to work for starvation wages, while 650 billionaires became over $1 trillion richer during a global pandemic. Yes. We must raise the minimum wage to a living wage,” Sanders tweeted yesterday.

See: These 47 Billionaires Got Richer During the Pandemic
Find: 59% of Americans Say They Will Use Their Stimulus Money for This Necessity

However, Arizona Senator Sinema told Politico she opposed the raise, saying that “what’s important is whether or not it’s directly related to short-term Covid relief. And if it’s not, then I am not going to support it in this legislation,” according to Politico. “The minimum wage provision is not appropriate for the reconciliation process. It is not a budget item. And it shouldn’t be in there.”

Sinema’s views are in line with Manchin’s who told The Hill earlier this month that he was not supportive of the raise. “No I’m not. I’m supportive of basically having something that’s responsible and reasonable,” Manchin told The Hill.

Asked about Sinema’s statement, Press Secretary Jen Psaki said in her daily press conference Friday that while the raise was in the President’s original proposed package because he is committed to it, “this is the messy legislative ongoing process working its way through. The next stage, after it works its way through the House, is that it goes through a Senate process where the views of senators, like Kyrsten Sinema, will certainly be prominent and considered. There’s also a parliamentary process that has to consider whether the minimum wage can be a part of the bill,” she said.

Minimum wage jobs weren’t created to just be for high school students. It was created to be the min standard of living for a working adult. pic.twitter.com/1OPNoj8YsX
— BDD (@wasthewrd) February 15, 2021

“But the President remains committed to raising the minimum wage and, you know, he will continue to advocate that at every opportunity,” Psaki added.