Oil Prices Top $110 a Barrel Ahead of Today’s OPEC Meeting — Will Costs Climb Even Higher? 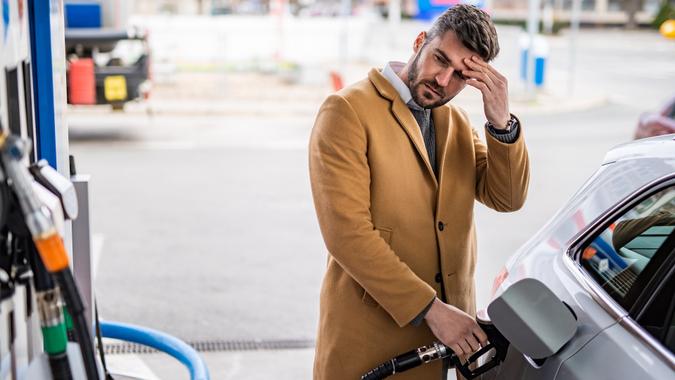 U.S. crude oil futures rose to $112.25 per barrel on Wed., March 2, ahead of the meeting of the Organization of the Petroleum Exporting Countries and its allies (OPEC+), a group led by Russia. So far, the U.S. and Europe haven’t placed sanctions on Russian oil, but could do so if the Russian invasion of the Ukraine continues, CNN reported. White House press secretary Jen Psaki told CNN, “It’s still on the table. It’s not off the table.”

However, President Joe Biden is hesitant to drive energy and gas prices higher if he can avoid it. according to CNN. But major global oil companies are still hesitant to trade in Russia and many tanker operators are wary of traversing the Black Sea due to threats of ongoing attacks.

ExxonMobil, for instance, announced that it is abandoning the last of its oil-and-gas projects in Russia and not investing in new developments. Exxon joins BP and Shell, who also announced intentions to leave Russia, along with a handful of tech and automotive manufacturers, including Apple, Ford, and GM. Exxon is the largest U.S. oil company and has had operations in Russia for more than 25 years, CNN reported.

Meanwhile, Saudi Arabia and several other OPEC+ members have resisted U.S. pleas to increase oil output faster than the OPEC+ agreement requires. Only Saudi Arabia, the United Arab Emirates and a handful of other countries have spare capacity to release. But members of the International Energy Agency agreed on March 1 to release 60 million barrels of oil reserves, with half of that release coming from the U.S. CNN reported that the barrels would cover approximately two weeks of oil shipments that would normally come from Russia.

See: Does Your Portfolio Contain Exposure to Russia, and Will It be Impacted by the Ruble Crash?
Find: Tesla Stock Soars as Investors Bet on Worldwide EV Adoption

With the weekend and warmer spring weather approaching in the U.S. — which means increased travel — fuel prices can be expected to climb even higher, exacerbated by U.S. inflation pressures. “The bottom line is this is not enough to cool off the market. It’s a bit of a band-aid solution,” Michael Tran, managing director of global energy strategy at RBC Capital Markets, told CNN.