6 Old-Fashioned Games That Can Teach Kids About Money 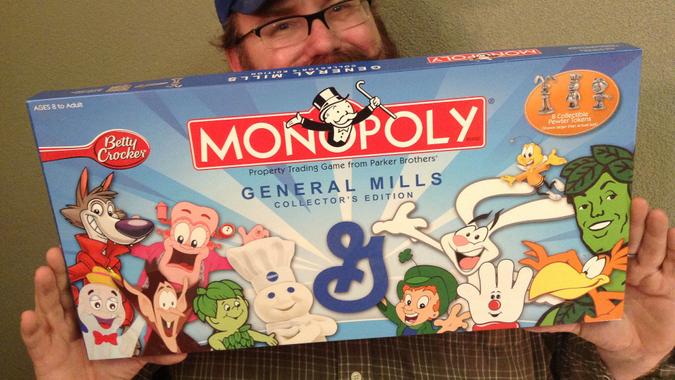 Like many parents, you might be struggling to help your child with math. Luckily, there are some games that make teaching kids math and money concepts easy.

Some of the best games became popular decades ago. Just because they came out before you were born doesn’t mean they’re not useful for your kids. In fact, the reason they’re still around is probably because of how effective they are. Let’s take a look at some of the best games from yesteryear that can teach kids about money.

Originally hitting shelves in 1975, this board game imitates a real life pay cycle aimed at kids ages 8-12. The board looks like a calendar month and, as players go along, they receive regular paychecks while incurring bills and expenses.

The winner is decided by whoever has the most savings at the end of the game. Though it sounds dry, the game actually makes bills fun by giving kids a competitive reason to save more than their peers. Pay Day teaches kids the importance of savings and effectively mimics how money works in the real world.

Monopoly is a classic game to show kids how far their money can go. The original version came out in 1937, but there have been many updates and themes to make the game current and appealing to today’s players.

In case you haven’t played, each player starts with a set amount of money and rolls dice to travel around the board. Players can buy and trade property. When other players land on properties, they have to pay rent to the owner.

The winner is whoever is left standing without ever filing for bankruptcy. Monopoly is notoriously a long game, so another way to find a winner is to count whoever has the most money after an hour. If your kids are between 4 and 7, Monopoly Jr. is a fun, easy (and faster) way to teach the same concepts as regular Monopoly.

Good Question: When Should You Open a Bank Account for Your Kids?

Life, or The Game of Life as it was originally called, has origins as far back as 1860. Like the title suggests, the game takes players through “life” with events that either cost or deliver cash. Players choose whether they go to college or go to work, what their careers are going to be and what kind of houses they can afford.

Updated versions now include opportunities to invest money as well. The game shows kids a basic version of what it looks like to spend money as an adult, and what steps you can take to increase your cash flow. The game is recommended for anyone over the age of 8.

This board game has been teaching kids about managing money since 1979. This game really meets kids at their level. The goal is to do as many chores as possible to build up an allowance while avoiding things that make you lose allowance (like forgetting to do homework).

This shows kids 5-11 the value of building up savings, while teaching them how unexpected expenses can cost them. It also provides children a low-stakes version of what it’s like to manage their allowances; so, when it comes to the real thing, they’ll hopefully make smarter choices.

Investing in the Future: Should Your Kids Get Roth IRAs?

Get your kids started on that Wall Street life early. The game, which originally came out in 1987, is played a lot like Monopoly, but it focuses on stocks rather than properties. It’s recommended for players 10 years old and up.

The stock market still mystifies a lot of adults, so exposing your kids to the concept early on will get them familiar enough so that when they have the option to invest later in life, they’ll have a vague understanding of how the market works.

Acquire gets into more detail on investing and running a business. Meant for mini-moguls 12 years and older, this game gives players the opportunity to buy and sell stock, businesses and other assets to build up their wealth.

The game originally came out in 1964 and has been updated to include startups and more sophisticated investing techniques. If your kids are already showing a lot of sharp understanding and interest in money management, this game will definitely take them to the next level.