America is locked in a unique and major crisis, as the need to fight the spread of the coronavirus has brought much of the economy to a grinding halt. While there’s a lucky minority employed in industries that allow them to work from home, a huge segment of the country remains in a state of economic uncertainty. Fortunately, Congress is already in negotiations for a massive stimulus package that has been rumored to include direct cash payments to tax filers of $1,200 per person, or $2,400 for married couples. This sort of direct payment would hopefully provide a short-term boost to the finances of those most affected by the pandemic.

But what exactly would people do with a direct payment from the government, should it come to pass? That was the question posed to some 1,100 Americans in a survey conducted by GOBankingRates. The results reveal that a great many Americans are not well prepared financially for what’s coming, with plans to spend their cash on short-term needs and many facing it with a lack of a good emergency fund.

Related: Here’s How Far the Stock Market Could Fall Thanks to the Coronavirus

Americans Plan To Cover the Essentials With Their Government Checks

The vast majority of Americans responded that they would use any government check to satisfy immediate needs, with the leading answer being to spend the cash on groceries and other necessities.

Roughly 2 of every 5 respondents said that they would spend the check on groceries and other essentials. Along with the two next most-common answers — to start or contribute to an emergency fund and to deal with a cut in hours or a layoff — it meant nearly 3 out of 4 respondents were concerned primarily with meeting their immediate needs or bolstering the stability of their financial situation.

There was also another group of answers that showed a decent number of people are thinking about others in this critical time of need. Just over 5% would send money to family and friends and nearly 7% would focus on supporting local businesses.

And finally, about 4% of people would try to take advantage of the sudden plunge in the market to buy at discount prices. A deeper dive into that group shows an interesting split by gender. While the vast majority of men and women were not expecting to buy stocks, men were much more likely to have that plan than women. Just 2.23% of women gave that response, compared to 5.96% of men, showing men to be nearly three times as likely to see the current crisis as a chance to invest for the future.

Also See: Survey: 65% of Americans Would Turn Down an All-Expenses-Paid Cruise Right Now Due to the Coronavirus

However, They Don’t Think the Government Should Bail Out Big Businesses

The immediate impacts to working Americans are severe and difficult, but they’re also being felt by major corporations. Airlines and cruise companies have witnessed months of operations disappear with no end in sight, leaving them in dire financial straits no executive could anticipate. However, for the sample polled here, the needs of major businesses were clearly not the priority in the near term.

That 60-40 split shows that a strong majority doesn’t favor bailing out big businesses during the current crisis, but it still leaves a large plurality that do see some sort of relief for corporations as part of the larger plan.

There is also another interesting gender insight contained in this data as well. Men were significantly more likely to want to see big businesses get some sort of bailout as compared to women, with over 55% saying they didn’t favor the plan compared to nearly 64% of women saying the same.

The Coronavirus Is Affecting Americans Financially

Roughly 2 out of 3 Americans responded that they have already felt the financial impact of the pandemic or anticipate that they will.

Check Out: Companies That Are ‘Too Big To Fail’ Due to Coronavirus

And Many Have No Funds To Fall Back On

To weather the storm in unanticipated situations, one should always maintain a healthy emergency fund, and the last few weeks have demonstrated clearly why keeping a reserve of cash is so important. Unfortunately, for many people, the reality of being unable to save has quickly turned into an immediate and unavoidable problem.

About one in four Americans reported that they had no emergency savings fund to speak of, leaving them in difficult straits in the coming weeks and months — especially if they’re the sort of hourly workers who are likely the hardest hit by this crisis. Additionally, almost 1 in 4 reported that — while they did have savings — they only had one to three weeks covered. All told, that means roughly half of the people in this poll had less than a month of expenses covered by their emergency savings.

Read: How To Protect Your Retirement Savings During the Coronavirus Scare

Finding yourself out of work unexpectedly for an extended stretch is one of the primary things you have an emergency fund to protect for, but for so much of America to be hit by the same circumstances all at once leaves the national economy in truly uncharted territory.

A question about who has access to paid sick leave prompts a similarly troubling result.

Almost 6 in 10 of those polled didn’t have the opportunity to take paid sick leave, meaning that the recovery time from COVID-19 could represent a crippling financial blow to a significant section of America — assuming they can work at all right now. All told, it’s clear that businesses that have embraced remote working policies in recent years made an incredibly wise infrastructure investment. However, there remains a significantly large portion of the country that cannot work during mandatory shutdowns and lacks emergency savings.

The Impact of the Coronavirus to Personal Finances Could be Massive

The current pandemic has thrust America suddenly and unexpectedly into the sort of crisis few science fiction authors could have imagined. The results of this survey indicate many are already experiencing a major impact in their personal lives and financial situations. Low-wage, hourly workers that make up a huge portion of Americans now face a situation where they’re unable to work and earn an income, and many are enduring it without the emergency savings that can be so essential during such a period.

Whatever ways Americans are planning on spending government support — and whatever form that support may ultimately take — it’s clear that help is needed for a great many people. And, regardless of any broader federal response, there are ways that you can take action to help should you be one of the lucky few who has either avoided major economic consequences or went into the pandemic well prepared.

You can donate to a wide variety of groups offering services that should be all the more important in the coming weeks and months:

And there are many, many more groups working hard to help combat this crisis, so research all of your options and find one that feels right for you.

Methodology: GOBankingRates surveyed 1,121 Americans ages 18 and older from March 19-20, 2020, asking six different questions: (1) If/when the government issues a check to assist you with the current health crisis, how do you plan to use it?; (2) Aside from helping average Americans, do you think the government should help big businesses?; (3) Have you been financially affected by the Coronavirus outbreak (e.g., layoff, medical bills, loss in investments, etc.)?; (4) Does your job allow you to work from home?; (5) Does your employer offer paid sick leave?; and (6) If you are forced to rely on your emergency savings, how long could you make ends meet? GOBankingRates used Survata’s survey platform to conduct the poll. 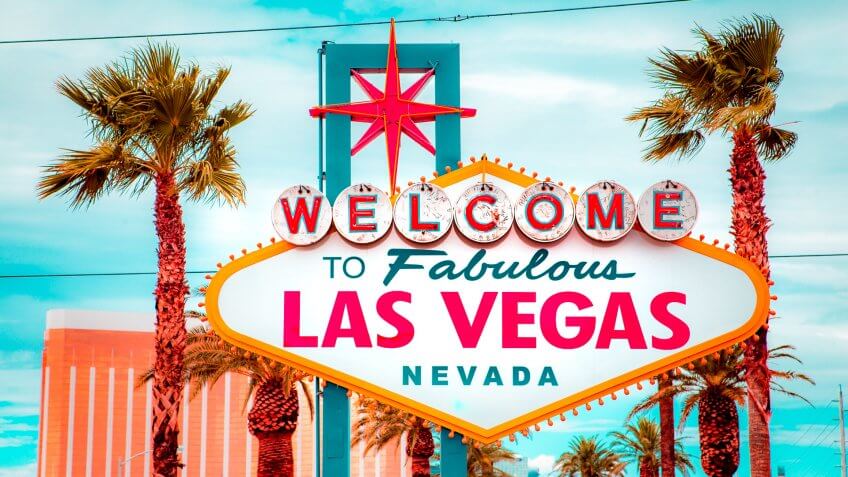 These locales are more likely to feel the effects of a downturn.