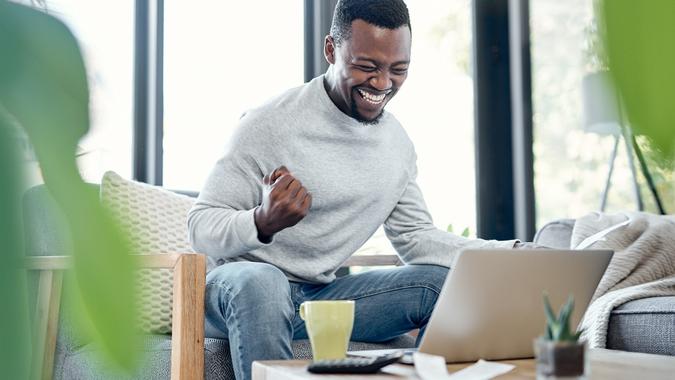 Latest Stimulus Payments: Qualifying California Residents Could Receive Up to $1,100 This Month
Discover: 4th Stimulus Payment of $1,400 Not Off the Table Entirely Thanks to Inflation

The petition listed on Change.org was launched by Stephanie Bonin last year. Bonin, a restaurant owner in Denver, calls for Congress and the Senate to deliver legislation to provide “$2,000 payments for adults and $1,000 payment for kids immediately.” The petition also requests continuing monthly payments for the duration of the pandemic.

As of this morning, there are nearly 2,891,000 signatures on the petition, which claims the true unemployment rate for low-wage workers is estimated at over 20%, with many people facing large debts from last year for things like utilities, rent and child care.

Bonin states on the petition that her family has lost all of their income from their business as a result of the pandemic, and urges the government to continue to compensate the industry. Indeed, the restaurant and hospitality sector were among the hardest hit during the pandemic, and experienced one of the highest unemployment rates. Though on a rebound and currently contributing to some of the largest increases in new jobs, the labor market for the services industry overall has been one of the more difficult elements of the economic recovery.

Business owners all over the country, and particularly in the food services industry, have had difficulties finding willing workers even in the face of abundant job openings. The ongoing pandemic and fears of the new Delta variant are largely hampering workers’ willingness to jump back into the workforce with two feet.

Although a fourth stimulus has yet to gain any official traction in Congress, Minnesota Representative Ilhan Omar, a Democrat, introduced legislation on July 30 that would establish a federal universal basic income system. Under the proposed five-year pilot program, U.S. adults earning under $75,000 would receive $1,200 per month and $600 for each dependent child, Newsweek reported. The bill only received support from four other legislators.

See: Social Security Benefits Might Get Cut Early — What Does It Mean for You?
Find: 5 Million Households Signed Up for the Emergency Broadband Benefit — Here’s How to Apply

Although a fourth stimulus has yet to gain any official traction in Congress, Minnesota Representative Ilhan Omar, a Democrat, introduced legislation on July 30 that would establish a federal universal basic income system. Under the proposed five-year pilot program, U.S. adults earning under $75,000 would receive $1,200 per month and $600 for each dependent child, Newsweek reported. The bill only received support from four other democratic legislators — Cori Bush of Missouri, Dwight Evans of Pennsylvania, Jamaal Bowman of New York and Pramila Jayapal of Washington.