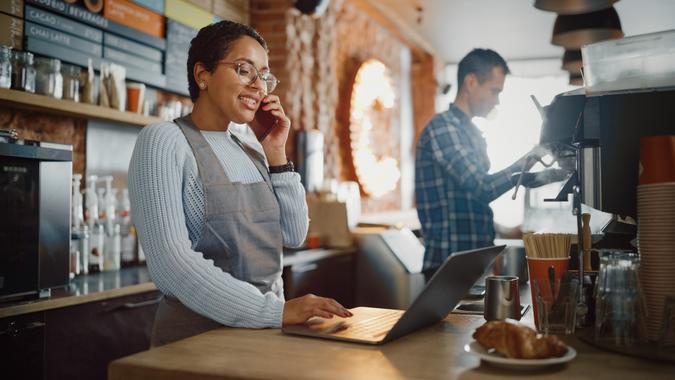 Private-sector employees in the United States saw a stout gain in wages and salaries during the first quarter of 2022, along with a rise in benefits, as companies hiked pay to attract and retain workers in the tight labor market. But when adjusted for inflation, worker pay actually went down for the quarter.

See: 11 Places Where Cost of Living Is Still Low, Despite Inflation
Find: A Deep Recession Will Be Needed to Curb Inflation Deutsche Bank Warns

However, inflation-adjusted private wages and salaries fell 3.3% for the 12 months ending March 2022 as the highest inflation rate in four decades far outpaced raises offered by most employers.

Less than half (45%) of workers saw wage growth outpace inflation in March 2022, CNBC reported, citing data from an Indeed analysis published last week. That percentage is down from 58% in March 2021.

Many of the biggest pay gains this year came in service sectors such as leisure and hospitality, which include jobs in restaurants, hotels and bars.

Wages and salaries for civilian employees rose 4.7% during the 2022 first quarter, up from a 2.7% gain the previous year. Benefit costs climbed 4.1% for Q1 2022 vs. 2.5% for Q1 2021. Civilian employees include federal government, military and agricultural workers as well as self-employed workers.

The first-quarter gains are still strong compared with pre-pandemic wage growth levels of about 3%, experts say. But there are indications that growth has begun to slow.

“Wages aren’t growing at the rate they were for large chunks of last year,” Nick Bunker, economic research director for North America at the Indeed Hiring Lab, told CNBC. “It’s a signal that some of these gains and the bargaining power workers had because of the extraordinary circumstances of last year aren’t permanent. They’re not enduring parts of the labor market.”

Job openings and voluntary departures still hovered close to all-time highs at the end of 2021 but appear to have eased during the first three months of 2022. That doesn’t mean the job market is headed for a big pullback, however.

POLL: Does April’s Stock Market Dip Concern You?
Discover: These 10 Companies Are Expected To Have the Most Remote Job Openings in 2022