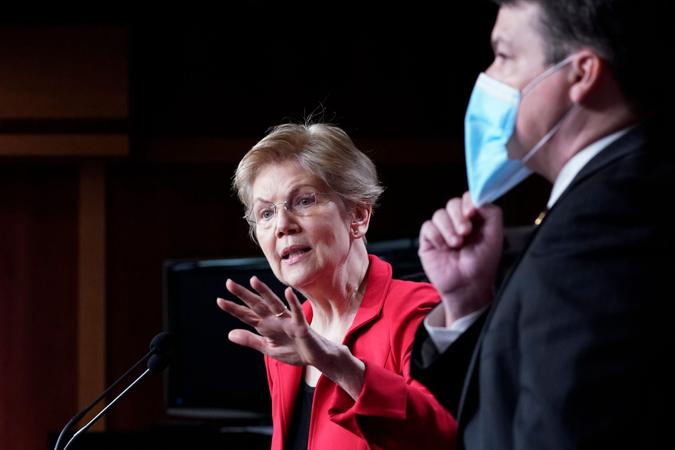 A group of 21 Senate Democrats is asking the White House to continue stimulus payments to Americans as part of a larger recovery strategy. CNBC reports the lawmakers are making their intentions known in a letter to president Joe Biden.

See: If You Get a Stimulus Check, How Will You Use It? Take Our Poll
Find: Fourth Stimulus Check Proposed by 60 Legislators in Congress

The letter was written by Senate Finance Committee Chair Ron Wyden of Oregon and initially signed by 10 additional legislators. As of Monday, March 29, 21 lawmakers had signed the letter due to be delivered to the White House on Tuesday, March 30. They include Senate Majority Whip Dick Durbin of Illinois, Senate Budget Committee Chair Bernie Sanders of Vermont, Senate Banking Committee Chair Sherrod Brown of Ohio and Sen. Elizabeth Warren of Massachusetts. Although Sanders is technically an independent candidate, he chooses to caucus with the Democrats.

Their goal is to prevent another economic pitfall similar to what happened in the summer of 2020, when extended unemployment benefits came to an end due to inaction from Congress. While Democrats were successful in passing a third round of $1,400 economic stimulus payments and extending $300 in additional unemployment benefits until Sept. 6, the 21 financially-focused senators who signed the letter say Americans deserve stabilization as the economy recovers. According to a recent GOBankingRates survey, 22% of workers who lost their jobs during the pandemic are still unemployed.

See: Over Half of Americans Need $1,400 Stimulus to Pay Basic Expenses
Find: 22% of Americans Who Lost Their Jobs During the Pandemic Remain Unemployed, Survey Reveals

“This crisis is far from over, and families deserve certainty that they can put food on the table and keep a roof over their heads,” the senators wrote, as quoted by CNBC. “Families should not be at the mercy of constantly-shifting legislative timelines and ad hoc solutions.”

Fifty-three members of the House of Representatives, led by Rep. Ilhan Omar, planned to deliver their own letter to President Biden on that same Tuesday. They’re also asking for additional stimulus. The White House has not commented on the legislators’ requests.

See: Biden’s Economic Plan Prioritizes Infrastructure Over Family and Healthcare
Find: 62% of College Students Plan to Save or Invest Their Stimulus – Is That Good or Bad for the Economy?

Americans Say They Are Still Dependent on Stimulus Money

The Congressional requests come as Americans say after one year into the COVID-19 pandemic that they are still dependent on the government support to make ends meet. A recent study found over half of people are still reliant on their economic stimulus payments to pay living expenses, including housing and groceries.