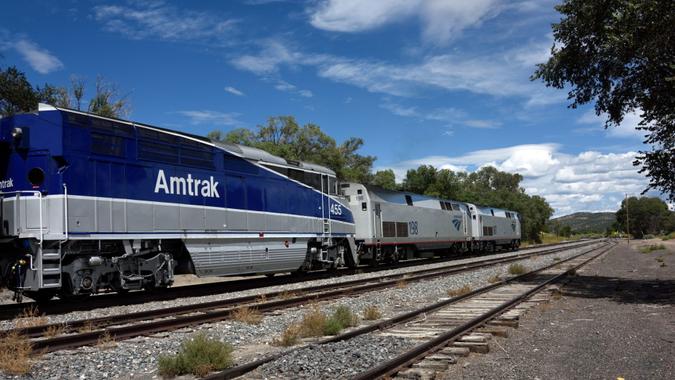 The already uncertain U.S. economy avoided what could have been a disaster when freight rail companies and unions reached a tentative agreement to avoid a railroad strike — something many feared would throw the economy into chaos.

Here It Is: Our 2022 Small Business Spotlight
See: 9 Bills You Should Never Put on Autopay

The agreement was reached Thursday afternoon, Sept. 15, The New York Times reported. It came only hours before a deadline that would have allowed tens of thousands of workers to strike, affecting rail service all over the country and shutting down key supply and distribution lines.

Among those cheering the news was President Joe Biden, who said in a statement from the White House that the agreement is a “a big win for America” and a “great deal for both sides.”

The deal brought a sigh of relief to those who worried how a strike would impact the economy, which has enough problems due to high inflation, rising interest rates and the specter of a 2023 recession.

A railroad strike involving major lines such as Union Pacific, BNSF, CSX and Norfolk Southern likely would have wreaked havoc on the supply chain by disrupting the delivery of everything from cars and crude oil to grain, chemicals, imported goods and raw materials.

About 300,000 barrels’ worth of crude oil is shipped by rail every day, the AP reported, citing data from the American Fuel & Petrochemical Manufacturers trade association. Had a strike occurred, refineries might have had to slow production, which probably would have sent oil and gas prices higher and created fuel shortages around the country.

Similarly, the petrochemical industry might have been forced to slow production at plants that manufacture plastics and other products important to industry, Automotive News reported.

Take Our Poll: Are You Concerned That Social Security Benefits Will Be Reduced During Your Lifetime?
Discover: How To Prep Your Finances for the Next Supply Chain Crunch

Certain parts of the economy were impacted just by the threat of a strike. For example, Norfolk Southern said ahead of the strike deadline that it would stop accepting automobiles for transit at its facilities. A looming strike also sent corn prices higher.