Recession on the Horizon? Usual Indicators Are There, but Economists Disagree 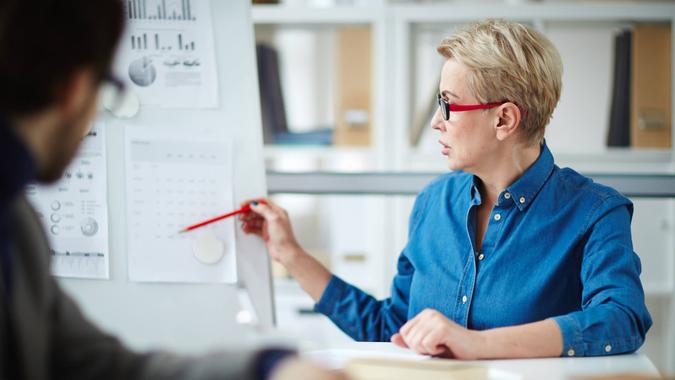 Signs of a looming recession have begun to rear their ugly heads again, primarily in the form of an inverted yield curve, which has been a reliable predictor of past recessions. But some economists believe this time things could be different and there’s no need to worry about a recession just yet.

See: Does Slowing Market Growth Mean We Are Headed for Another Recession?
Find: Economists Keep Saying This Isn’t 1980s Inflation, But What Does That Mean?

On Monday, part of the U.S. yield curve inverted for the first time in 16 years, Bloomberg reported. This happened because investors bet that the Federal Reserve will raise interest rates high and fast enough to cause a sustained slowdown in economic growth.

U.S. five-year yields climbed nine basis points to 2.63%, pushing them above yields on 30-year bonds. The spread between five- and 10-year Treasuries inverted earlier this month — something that hasn’t happened since before the Great Recession.

Although this is a worrying sign, investors tend to pay more attention to the spread between the two-year U.S. Treasury and the 10-year U.S. Treasury. Those yield curves inverted before the last seven recessions, CNBC reported. So far this year, the two-year and 10-year curve hasn’t shown warning signs of inverting.

For now, economists are cautioning against reading too much into this week’s news.

“It doesn’t mean a recession is coming,” Stephanie Roth, a senior markets economist for global wealth management at J.P. Morgan, told CNBC. “It just reflects concerns about the future economy.”

In many ways what is happening with the yield curve is by design. As Bloomberg noted, the Fed has spent the last couple years propping up the economy by keeping its short-term federal funds rate near zero and buying Treasury securities to help keep longer-term rates down.

Stimulus Update: $1.9 Billion May Have Been Disbursed to Ineligible People — See Why
Read: How Much Does the President Control Gas Prices?

Now the Fed is focused on taming inflation by raising interest rates, which typically sends yields on short-term notes higher.

“Some of the 2-10 shape is down to the fact this is a far more aggressively priced Fed cycle than usual, the notion of how quickly the Fed will move is very front-loaded,” Timothy Graf, head of EMEA macro strategy at State Street, told Reuters. “I suspect we will get a growth slowdown, but will it lead to recession? It may be next year’s story. Households will want to see the fuel prices coming down but generally household balance sheets are in pretty good shape.”