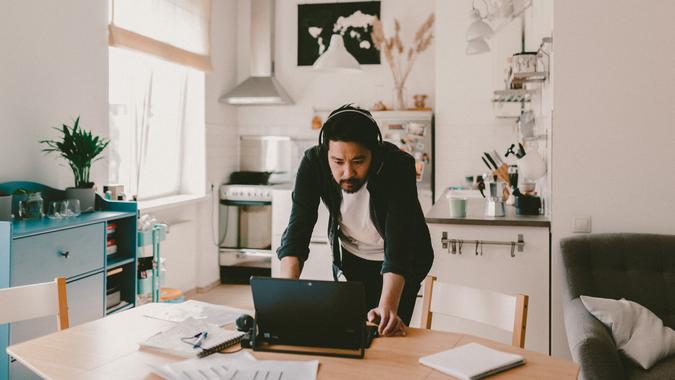 The rise in remote work since the beginning of the COVID-19 pandemic has likely led to a similar rise in people pulling their hair out and cursing their computers because of a lousy internet connection. If remote work becomes an even bigger part of the employment landscape in future years — a near certainty — then universal access to high-performance broadband is a key to success.

See: 72% of Remote Workers Admit To Napping on the Job, Survey Finds
Find: Accelerated Hiring, More Remote Work and 3 Other Major Changes Experts Predict for the Job Market in 2022

That’s one of the conclusions drawn by Cisco’s Broadband Index, a global survey of nearly 60,000 workers across 30 countries that was released on Feb. 23. An overwhelming majority of respondents — 75% — said broadband services need to “dramatically improve” to support the rise in people working from home.

Almost eight out of 10 workers (78%) surveyed said the reliability and quality of broadband connections is important. That’s understandable, considering that 84% of respondents actively use their broadband at home for four hours or more each day. Meanwhile, three or more people use the internet at the same time in 60% of households.

Nearly half (48%) of the workforce relies on their home internet to work from home or run their own business, the survey found. Yet 58% of respondents said they were unable to access critical services during the COVID lockdown because of unreliable internet.

This is not acceptable to remote workers, who need much more than a basic level of connectivity to earn a living. That’s why 43% plan to upgrade their internet service over the next 12 months.

“As of today, more than 40% of the world still remains unconnected. The inability to connect those roughly 3.4 billion people over the next 10 years risks widening the digital divide even more,” Guy Diedrich, SVP & global innovation officer at Cisco, said in a press release. “As business leaders and technologists we must help the rising tide of the digital age lift all ships. Time is of the essence.”

That’s certainly true in terms of the number of workers adopting a remote or hybrid model. Even before COVID-19, remote work was on a rapid rise, having more than doubled in prevalence during the 12 years prior to the pandemic, Small Business Trends reported.

That pace is expected to pick up even more in the coming years. An analysis from Future Workforce Report estimates that the number of remote workers in the U.S. will reach 36.2 million by 2025, which is more than double the pre-pandemic total of 16.8 million.