Renters Are Being Evicted Waiting For Federal Rental Assistance 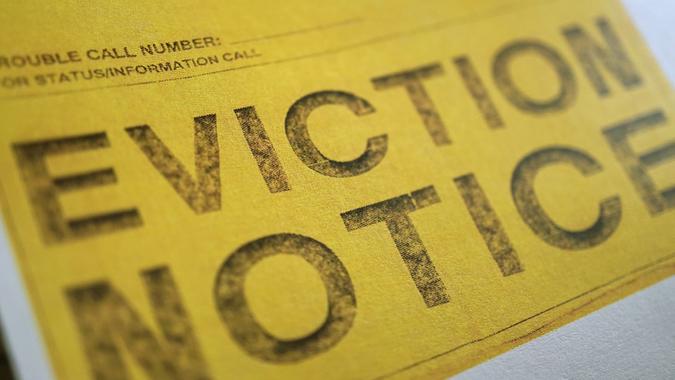 A couple from Texas with four kids recently said they had been evicted, even though they say the Texas Rent Relief program notified them it paid their back owed rent, Fox reports.

See: New Treasury Policies Make It Easier To Get Rental Assistance For Tenants and Landlords
Find: How To Avoid An Eviction If Your State Hasn’t Extended the Moratorium

The assistance program that paid back their rent is part of the American Rescue Plan federal stimulus relief bill, called the Emergency Rental Assistance Program. It was scheduled to siphon almost $50 billion to state and local governments through this year to keep people in their homes when they lost income due to the pandemic.

And it has. On October 25, the Treasury Department released their September report, which showed that more than 510,000 households received emergency rental assistance that month, totaling nearly $2.8 billion in payments. For some though, like the family in Texas, it wasn’t enough.

The family stated that they had received confirmations that their payments had been processed electronically to their landlord, but their landlord turned around and claimed they never received them. The landlord then simply evicted the family of four once the eviction ban was lifted in October.

Left with no other option, they are currently living out of a hotel with two small children. They are in the process of suing the landlord.

Unfortunately, the emergency rental assistance program has been riddled with issues during the pandemic. There was initial resistance amongst landlords when the eviction moratorium was put in place last year, but even when money was provided to landlords for back rent “the tenants also needed their landlord to agree to take the money under whatever terms a particular program allowed, like forgiving part of the tenants’ back rent, and many property owners balked,” The New York Times reported.

“We got a lot of rejections from landlords who said, ‘Thanks for the $10,000 but I’m not going to sign onto that,'” said Emilio Salas, executive director of the Los Angeles County Development Authority to the Times.

Many landlords were frustrated with the inability to evict problem tenants and had no interest in going through the administrative burden of paperwork and adhering to certain rules.

See: These States Still Ban Evictions, Even After National Ban Is Struck Down
Find:  How to Move on Financially Following an Eviction

A spokesperson for the Texas Rent Relief Program says landlords must agree not to evict a tenant if they accept payment, but could not comment on the case of the family of four, Fox reports. If landlords, however, refuse to accept payment when a tenant has been approved, they are given more leeway to push an eviction.