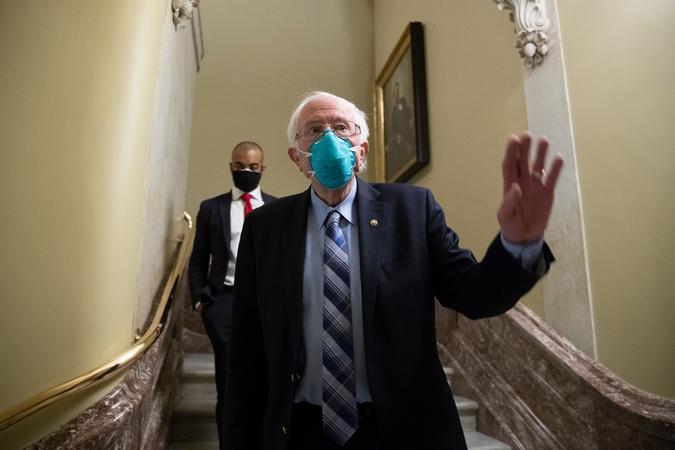 One of the Democrats’ biggest hurdles in advancing President Biden’s $1.9 trillion American Rescue Plan, raising the federal minimum wage to $15 an hour, failed to go through the Senate last night.

See: The GOP Wants a $10 Minimum Wage – How Does It Compare to $15 in the Real World?
Find: 150 CEOs from Goldman Sachs, BlackRock and More Urge Congress to Approve $1.9 Trillion Stimulus

In a statement last night, Speaker of House Nancy Pelosi said that “the ruling from the Senate parliamentarian is disappointing, because raising the minimum wage would give 27 million Americans a well-deserved raise and pull nearly one million Americans out of poverty in the middle of a once-in-a-century devastating pandemic and economic crisis.”

She added that Democrats believe that the minimum wage hike is necessary.

While Sen. Bernie Sanders, chairman of the U.S. Senate Committee on the Budget, is a fierce proponent of the raise, other democrats, including Senators Joe Manchin and Kyrsten Sinema, oppose it.

Following the vote last night, Sanders said he strongly disagreed with the decision by the Senate parliamentarian.

“The CBO made it absolutely clear that raising the minimum wage to $15 an hour had a substantial budgetary impact and should be allowed under reconciliation,” he said in a statement.

Indeed, a report from the Congressional Budget Office notes that raising the minimum wage to $15 by 2025 would affect 17 million workers directly and reduce the number of people in poverty by 0.9 million. However, employment would be reduced by 1.4 million workers, or 0.9%, according to the CBO report.

Sanders added that 60% of the American people want to raise the minimum wage to $15 an hour.

See: Costco Raises Minimum Wage to Highest in the Nation Amongst Large Businesses
Find: Will Biden’s Stimulus Get Republican Votes?