SNAP Benefits Increase in 2022: What It Could Mean for the Immediate and Long-Term Future 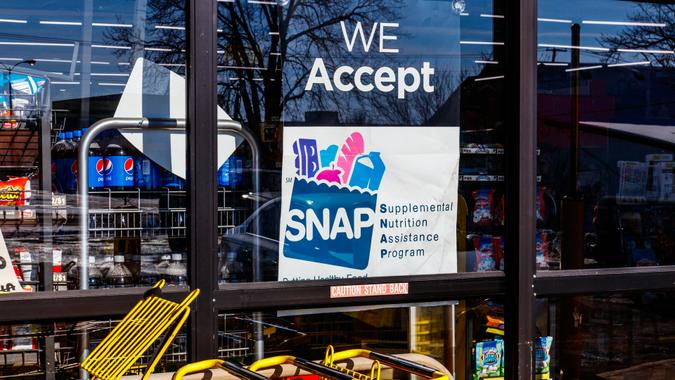 Back in 1933, during the height of the Great Depression, the Supplemental Nutrition Assistance Program (SNAP) was built out as part of the Agricultural Adjustment Act. The purpose of the program was to support farmers, who were struggling to stay afloat when burdened with excess supply and diminished demand. The Fed bought farm commodities at a discounted rate and distributed them among those in need.

Check Out: SNAP Schedule 2022: February Payments
See: What’s the Difference Between SNAP and WIC? — How To Apply

Nearly 100 years later, SNAP is the largest federal food assistance program in the U.S, with 1 in 7 Americans enrolled. In light of the pandemic, which has exacerbated food insecurity and poverty, SNAP’s benefits were substantially increased last October, under the reevaluation of the U.S. Department of Agriculture’s Thrifty Food Plan (TFP).

SNAP Gets a Raise

“SNAP allotments will be increased for [Fiscal Year] 2022 by the USDA, according to a memo,” said Yvette D. Best, author, tax coach and owner of Best Tax Solutions LLC. “Maximum allocations will be increased for the 48 contiguous states, Washington D.C., Alaska, Hawaii, Guam and the United States Virgin Islands.

Find Out: Social Security — Could the COLA Increase Reduce Your SNAP Benefits?

As of Jan. 12, 37 states have enlisted to make their residents eligible for the enhanced SNAP benefits, as part of the Emergency Allotment (EA) program. People living in those states were due to see the food stamp increase by the end of January. These are the states that are part of the EA program:

Alas, there is no nationwide schedule set for all states — with only these 37 listed opted into the EA program. Other states, however, should have seen their supplemental SNAP payment boost for the month of January on or around the 4th of the month.

See: 10 Ways To Lower Your Cost of Living Without Moving

The Pandemic Has Been a SNAP Wake-up Call

Progressive economists have long argued that SNAP benefits need to be greater in order to aptly address the food insecurity crisis in the U.S. The pandemic, which has wreaked havoc on the economy and flung millions into poverty, proved their point — and underscored the importance of the federal safety net.

“During the pandemic, we’ve seen that anyone can unexpectedly lose a job, become sick, or need to care for a family member,” said Erika Spence, storytelling and communications manager at Second Harvest Food Bank of Central Florida. “SNAP is there to help people afford the food they need to be healthy until they are back on their feet.”

“As directed by the 2018 Farm Bill, USDA updated the Thrifty Food Plan last fall,” Spence said. “Previously, benefits were based on food preparation and nutrition standards developed in 1975. The plan now more accurately reflects the rising price of food and what it costs to feed a family in 2021. The update means the average benefit is now $1.80 per person per meal, an increase of $.40 per person per meal.”

Check Out: Where and When To Shop To Save Money on Clothes

Even with the long overdue increase, many SNAP recipients are still struggling to get by, and typically through no fault of their own. The majority of working-age SNAP recipients have a job (or two) but earn low wages and/or work in unstable conditions. The pandemic has only made their oft-precarious positions more fragile and dragged more people into the mix of neediness.

“Hunger has risen to unprecedented levels during the pandemic, and it will take a long time for most people to recover from the job losses, school and childcare closures, and high cost of food people are facing. When SNAP benefits are at their normal level, they usually only last for the first two or three weeks of each month,” said Anore Horton, executive director of Hunger Free Vermont. “There are a number of bills in Congress right now that could help SNAP recipients, including bills that would increase benefit amounts and eliminate the time limits some households are subject to. These changes would make progress toward truly addressing the hunger.”

Ideally, one would only need federal aid for food temporarily, but there are no limits to how long you are eligible for SNAP if you have children/dependents living in your household who are under 18 or over 50. Single, able-bodied adults without dependents living with them, can only receive SNAP for three months in a three-year window. To become eligible for more, they must meet specific criteria, which you can learn about here.