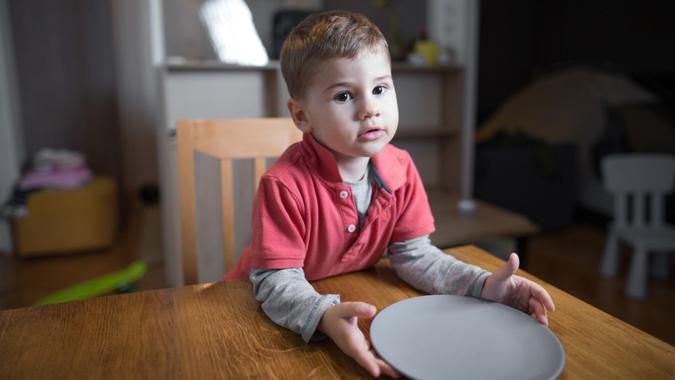 A controversial Indiana bill proposing to use SNAP benefits as leverage for child support payments was ultimately pulled on Monday after much legislative back-and-forth.

See: The 15 Best Things To Buy With SNAP at Costco
Learn: Should You Buy Groceries at the Dollar Store?

The proposed measure, HB 1354, was slated to end food stamps — or Supplemental Nutrition Assistance Program (SNAP) benefits — to anyone who was delinquent on their child support payments. The bill would require the custodial and noncustodial parents to cooperate with the child support bureau as a condition of eligibility for assistance with food stamps.

The bill also would have assigned individuals who are subject to a federal work requirement to be eligible for SNAP to undergo an employment and training program.

Indiana PTA President Rachel Burke felt the measure would ultimately do more harm than good, as the SNAP program is fundamentally about feeding children, WBAA reports..

“We have very serious concerns with any time that food is weaponized against children,” Burke said.

A state Senate committee decided to change the status of the measure from a proposed bill to a study committee topic. This means no further action will be taken for now on the legislation.

SNAP benefits are federally funded, but distributed through each state’s own program and rules. Each state is allowed to tweak their eligibility requirements and conditions for assistance. Overall though, the program and its benefits are intended to support low income households both with and without children in order to purchase fresh food for home.

Learn: 5 Things Americans Should Know About SNAP Benefits in 2022
SNAP Benefits Increase: What It Could Mean for the Immediate and Long-Term Future

The restrictions on what can and cannot be purchased often go as far as to not allow hot food or in-store food to be purchased with benefits cards, meaning that the program is particularly stringent that benefits are to be used only for fresh food needed at home. Paper products and pet food, for example, are not permissible for purchase under most program rules.

Some of the pushback from Indiana residents like the PTA was based on the notion that the food stamps program specifically, given its bare-bones assistance structure, should not be a mechanism with which those delinquent on child support should be influenced.