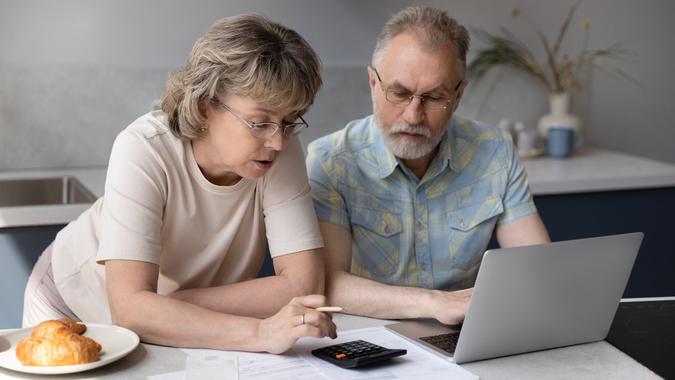 Spiraling inflation could kick Social Security’s annual cost-of-living adjustment (COLA) to 9% or more in 2023 — a historically high increase that might still leave beneficiaries with less spending money, if recent precedent is any indication.

Discover: 5 Best Foods To Buy in Bulk at Costco This Spring
More: Have Any $200 Quarters Lying Around? It’s Worth Checking Your Spare Change

This year’s COLA is 5.9%, which is the biggest bump in more than four decades. But since that increase was implemented, inflation has continued to push higher, opening the prospect of an even bigger COLA increase in 2023.

The Consumer Price Index (CPI) for March rose 8.5% from the prior year, the U.S. Department of Labor said this week — the biggest increase since the period ending Dec. 1981.

More importantly, another measure used by the Social Security Administration (SSA) to calculate the annual COLA — called the Consumer Price Index for Urban Wage Earners and Clerical Workers, or CPI-W — has surged 9.4% over the last 12 months, CNBC reported. That’s why some experts believe the COLA for 2023 might be in the 9% range. If so, it would be the biggest increase since 1981, when the COLA was 11.2%.

But as the recent high inflation numbers demonstrate, annual COLA increases are not always effective in helping seniors cover costs because the increases are typically determined well before they actually make it into beneficiaries’ Social Security payments.

The problem is compounded for seniors because they face much higher costs in key spending categories such as food, housing, home heating and prescription drugs. On top of that, the standard Medicare Part B premium rose 14.5% in 2022 from 2021, meaning recipients must pay $170.10 this year vs. $148.50 last year.

Meanwhile, next year’s COLA won’t be determined until much later in 2022, so there’s always the possibility that inflation will ease, which would lead to a smaller COLA than 9%. Among the economists who think inflation might have peaked is Jason Furman, a Harvard University professor and former top economic advisor to President Barack Obama.

As CNBC noted, Furman said in a recent tweet that he sees “a glimmer of hope” concerning inflation because the core CPI is down while core services only rose slightly.

See: POLL: Where Have You Cut Back Most Because of Inflation?
Find: Social Security COLA Increases Add This Much Cash To Your Pockets Each Month

“The worst may now be behind us,” Furman said.