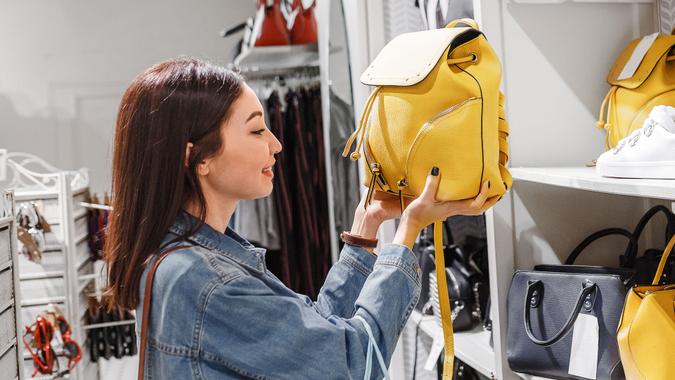 Millennials and Generation Z are spending at 125% of their pre-COVID spending levels from 2019, a new report from American Express Co. stated Friday, Bloomberg reported.

See: Common Money Myths About Millennials
Find: A Look at Gen Z’s Financial Habits, From Spending to Saving and More

Although spending on American Express credit and charge cards remains lower this quarter than it was in 2019, prior to the pandemic, CEO Steve Squeri said the increased spending is what he expected. He said in a virtual investor conference last week, “We assumed there was such pent-up demand — not only for travel, but such a pent-up demand for consumer goods — that the U.S. recovery would be like it is right now.”

Boomers Aren’t Spending as Much

However, the credit card company may have been banking on boomers to begin spending again, post-pandemic. After all, boomers own the highest average number of credit cards of any generation, with nearly five cards per person, according to an Experian report.

Bloomberg reported that boomers also had a headstart on wealth-building. Baby boomers who were 40 years old in 1989 had an average net worth of approximately $113,000 in today’s dollars. Today’s oldest millennials had a pre-pandemic net worth of just $91,000 at age 40, Bloomberg said.

American Express products traditionally have been targeted at affluent individuals and business owners, with some of the best perks in the industry for dining and travel. The decrease in business travel, which has yet to bounce back as quickly as tourism, has also affected American Express numbers as the end to the pandemic approaches. Squeri said during the conference that he doesn’t expect corporate travel to return to pre-pandemic levels until 2023.

During the virtual investor conference, Squeri mentioned that debit cards could be a possible American Express offering in the near future, as the company seeks to expand. However, Squeri said executives are pondering if a debit card would match the company’s high-end, aspirational products, Bloomberg said.

American Express previously sold its Serve prepaid debit card platform to InComm, Bloomberg reported, abandoning the enterprise growth division it had launched in 2016. The division had been started to broaden appeal and reach different customer segments, including the unbanked.

See: 7 Moves Gen Z Should Be Making to Protect Themselves Financially
Find: What Gen Z Can Learn From Millennials’ Money Mistakes

InComm retained the American Express brand name on the Serve prepaid debit cards, which offer no reload fees at more than 45,000 locations, free direct deposit and 1% cash back with no fees to use the card online, according to the Serve website.

Any further endeavors into new markets would be approached carefully, Squeri implied, noting that there could be an offering in between the American Express everyday credit card and the prepaid card. “That potentially could be a debit card,” he said during the virtual conference.