New York, Georgia & Connecticut Giving a Gas Tax Holiday in June – How Much Will Residents Save? 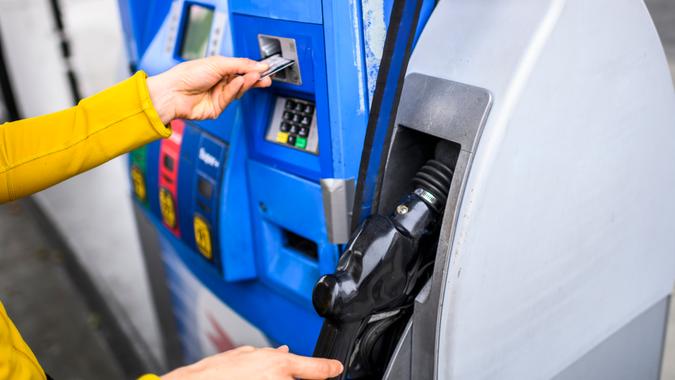 Americans in New York, Georgia, and Connecticut are about to see a little relief from high gas prices. But will it really make a difference? In March 2022, 17 states had been contemplating a gas tax holiday to reduce prices at the pump. This June, as the unofficial start of summer has arrived, three states have put legislation into effect to reduce or eliminate taxes on gas.

In Georgia, drivers have already been paying less as Governor Brian Kemp suspended motor fuel taxes beginning March 18, 2022, through May 31, 2022. On May 26, he extended the suspension period through July 14, 2022.

The amount of the tax would be calculated based on a complex formula related to the average miles per gallon of vehicles registered in Georgia, and then adjusted for changes in fuel efficiency and the Consumer Price Index.

Georgia gas prices, at $4.16 per gallon on Wednesday, June 1, are already amongst the lowest in the country.

POLL: Do You Make a Weekly Meal Plan or Other Regular Household Budget?

New York adopted a simplified process to save drivers – and gas stations – money on fuel, by reducing the state’s fuel tax from 48 cents to 32 cents, shaving 16 cents off the bottom line. According to GasPrices.AAA.com, however, New York’s gas prices are currently amongst the highest in the country, at an average of $4.93. Shaving 16 cents off that price still leaves New Yorkers paying more than the current national average of $4.67.

New York Association of Convenience Stores President Jim Calvin pointed out that, because of fluctuations in the wholesale gas market, drivers may not see much of a price difference, if any at all. “If it hits at a time when wholesale gasoline prices are rising rapidly, and if retailers pass along that wholesale cost to consumers, then it could reduce or blunt the savings,” he told WGRZ.com, a local CBS affiliate news site.

Republican state senator George Borrello told WGRZ.com that 16 cents is a “drop in the bucket,” adding that the state should have suspended all taxes associated with gas, cutting prices by 48 cents.

On the bright side, New York’s gas tax holiday promises to last longer than other states; it’s set to expire on December 31, 2022.

Connecticut gas prices are not amongst the highest in the country, according to GasPrices.AAA.com. But at $4.70 per gallon, they are still roughly 3 cents per gallon above today’s national average of $4.67.

Discover:  The Best Cities To Retire on $2,000 a Month
Cash App Borrow: How To Borrow Money on Cash App

The state is enforcing that gas stations reduce their per-gallon price by 25 cents or they will be held responsible for “unfair or deceptive trade practices,” according to a press release from the Office of Governor Ned Lamont.