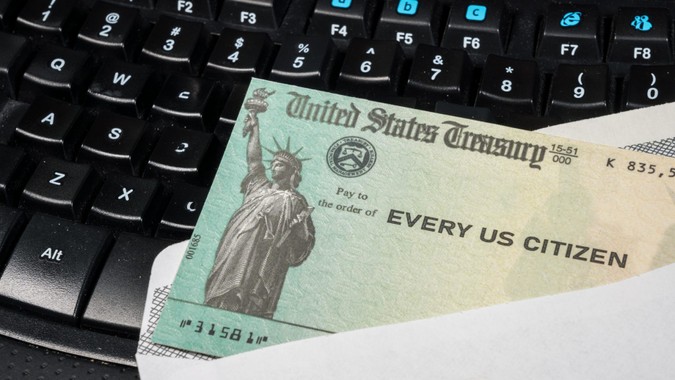 One of the criticisms of President Biden’s stimulus proposal is that it would benefit wealthy people who are not in need of a stimulus. If they don’t spend the money, then taxpayer funds would have been expended with no economic benefit.

See: Exclusive COVID Report — 40% of Americans Have Less than $300 in Saving
Find: Inside Biden and Yellen’s Meeting with Major CEOs – and What’s Next for That $75,000 Stimulus Cap

Bloomberg reports that the latest stimulus proposal released by the House Ways and Means Committee calls for $1,400 payments per person, with a phaseout beginning at $75,000 for single people and $150,000 for married couples. The phaseout ends at an income of $100,000 for individuals and $200,000 for couples. Unlike the CARES Act in April, the phaseout is steeper and the number of dependents is not a factor.

The general trend in Congress has been to ensure that this stimulus is more targeted to generate the biggest bang for the buck. Research on the prior payments has found that people with higher incomes are less likely to spend their stimulus funds, which defeats their purpose. The Republican proposals, and proposals from some Democrats, have all called for lower income cut offs than the April or December payments had.

Nothing has been finalized, but the push is on to ensure that the program is passed soon. The Senate has enough votes to do that as long as there are no Democratic defectors or at least a few Republicans sign on.