Stimulus Update: Was It a Mistake to Send Out the Checks? 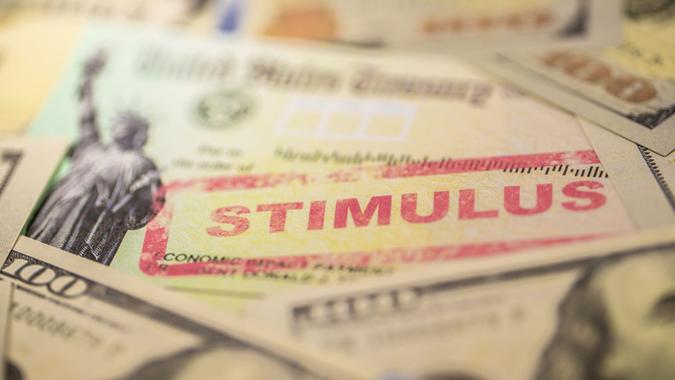 When the U.S. government disbursed more than $850 billion in stimulus checks to Americans during the pandemic, the extra money helped lift 11.7 million people out of poverty, according to the U.S. Census Bureau’s supplemental poverty measure. The national poverty rate fell from 11.8% to 9.1%, the Census Bureau reported.

2022 Stimulus Checks: Is Your State Giving Out Money This Year?
Find: Consumer Price Index Shows March Inflation at 8.5%, Highest Since 1981

The checks may have also helped Americans avoid falling into poverty during the pandemic, as the unemployment rate spiked to 14.7%. “I hope we don’t forget how awesome it was that we supported people so well and that we recovered as quickly as we did,” Tara Sinclair, a professor of economics at George Washington University, told the website fivethirtyeight.com.

However, a recent analysis from researchers at the Federal Reserve Bank of San Francisco, discovered that the negative consequences may have outweighed the benefits — especially in regard to the final rounds of checks issued in December 2020 and March 2021. The San Francisco Fed’s research revealed that the stimulus may have raised U.S. inflation by roughly 3% by the end of 2021.

Undoubtedly, supply chain issues, rising oil prices and the Russia-Ukraine war have also contributed to the high inflation rates in the U.S. in 2022. Inflation is outpacing wage growth, FiveThirtyEight.com writes, making it harder for lower-income Americans who received stimulus funds during the pandemic to stay above the poverty level. Although wages jumped by 5.6% year-over-year, inflation jumped to 8.5% in March 2022. Increased demand for consumer goods, sparked by the stimulus checks, contributed to inflation. Coupled with a reduced supply of many items — from silicon chips to, most recently, beef — the extra spending money for many Americans exacerbated the inflation problem.

Policymakers, including Federal Reserve chair Jerome Powell, however, were more afraid of the risk of not putting enough money into the economy than putting too much. He said in a press conference in January 2021, “I’m much more worried about falling short of a complete recovery and losing people’s careers and lives that they built because they don’t get back to work in time,” Powell said. “I’m more concerned about that and the damage that will do, not just to their lives but to the United States economy.”

Part of the problem with the checks, Sinclair told FiveThirtyEight.com, was that it was difficult to determine who needed the money and when it should stop. The final rounds of checks may have been too large, putting more disposable money into the economy than usual and driving inflation, as the San Francisco Fed research showed. If the government had been able to reach and identify, more effectively, those who needed the money, they could have better-balanced people’s financial needs with the widespread threat of inflation.

The Fed’s study showed that the U.S. is experiencing higher inflation rates than other countries with similar economies. However, without the stimulus funds distributed during the pandemic, the San Francisco Fed researchers concluded, the economy may have “tipped into outright deflation and slower economic growth… which would have been harder to manage.”