Stimulus Update: Americans Could Get $350 per Month Through the Family Security Act 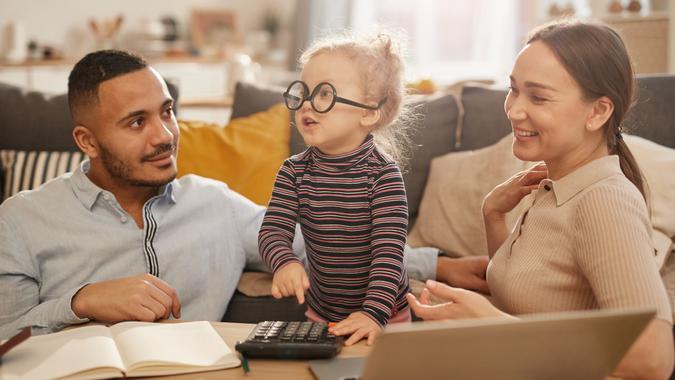 With the omnibus spending bill recently passed in Washington focusing on aid for Ukraine, which is still under attack by Russia, along with an increase in federal spending for domestic programs, the child tax credit and other programs introduced as part of COVID-19 stimulus aid were not included in the bill.

However, an act introduced in February 2021 by U.S. Sen. Mitt Romney, if it passes, could deliver up to $350 per month to U.S. children whose families fall under a certain income threshold. The Family Security Act would provide a $350 cash benefit for each child under six years of age and $250 for each child age six to 17. Parents could receive a maximum of $1,250 per month. Payments to expectant parents would begin four months prior to the child’s due date.

Payments would be administered monthly through the Social Security Administration rather than through the IRS, which distributed the advance enhanced child tax credit payments in 2020 and 2021. As with the CTC, payments would phase out for parents making over $200,000 annually ($400,000 for married couples filing jointly). Payments would be reduced by $50 for each $1,000 of income over the threshold. Taxpayers would be responsible for reconciling underpayments or overpayments with the IRS when they file their tax returns, according to a fact sheet describing the act published on Romney’s website.

Explore: What Income Level Is Considered Middle Class in Your State?

The bill also seeks to simplify the earned income tax credit, offering $1,000 to single filers and $2,000 to married couples filing jointly, plus $1,000 for any filers with dependents — rather than varying amounts for each dependent based on income level, as the current law dictates.

“Consolidation of overlapping and duplicative policies” would pay for Romney’s proposal, the fact sheet noted. The consolidation would replace certain provisions that reduce taxes for many families in the lower and middle tax brackets, including:

It would also eliminate Temporary Aid for Needy Families, a federally administered program that provides an electronic benefits transfer payment called EBT Cash to families facing temporary financial hardship, with qualifications varying by state. Unlike the EBT Supplemental Nutrition Assistance Program, also referred to as SNAP or food stamps, EBT Cash benefits can be used to pay for fuel, housing, utilities and other living expenses.

Romney’s proposal asserts that the Family Security Act would “immediately lift nearly three million children out of poverty, while providing a bridge to the middle class — without adding a dime to the federal deficit.”