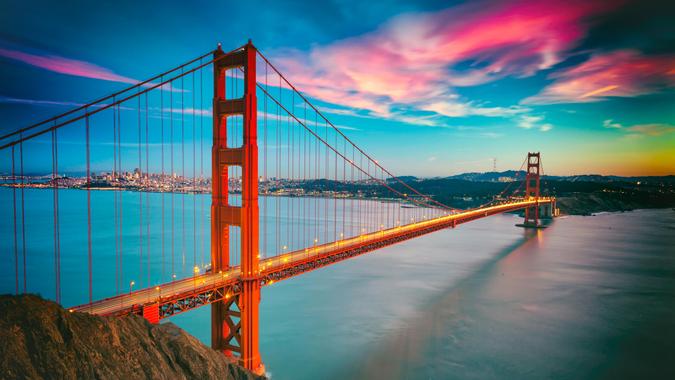 The second round of Golden State Stimulus payments — the $12 billion state tax rebate program enacted by Gov. Gavin Newsom — started in August, but some Californians are still waiting on some payments.

The San Francisco Gate reports that The California Franchise Tax Board has been rolling out batches of payments in approximately two-week intervals. The first two rounds saw a combined 2.6 million stimulus payments go out, while the third, which will include paper checks, is expected to send about 2 million Californians payments.

The first two payments were sent on Aug. 27 and Sept. 17, and the third payment is set to drop Oct. 5, the SFGate reports.

The intervals between payments, according to the California Franchise Tax Board, is due to the fact that they can’t send out the approximately 9 million payments in one swift batch for a number of reasons, including “the state’s ability to validate eligibility, protect against fraud and issue GSS II payments simultaneously with other mandatory disbursements,” according to the SFGate.

The state also has “various processing constraints, including printing and mailing,” to about 9 million people who are currently eligible for payments in California, the Franchise Tax Board told SFGATE.

“It’s just an estimate, and it remains at roughly 9 million in terms of the number of tax returns received that appear to qualify for GSS II,” a spokesperson for the Franchise Tax Board wrote in an email. “Some of those 9 million will be excluded during our validation and anti-fraud processes. Also, we anticipate receiving more returns qualifying for GSS II to come in between now and the Oct. 15, 2021, tax filing deadline.”

Newsom said that the Golden State Stimulus “is key to lifting up those hit hardest by the pandemic and supporting California’s economic recovery, putting money directly in the hands of folks who will spend it on basic needs and within their local communities,” according to a statement.

See: Senior Stimulus: How an Additional $1,400 Check Could Help Social Security Recipients Afford Rising Grocery Costs
Find: Fourth Stimulus Checks Are Coming From These States — Is Yours on the List?

There is also another payment for families with dependents: Qualified families who file with a Social Security Number with one or more dependents are eligible for an additional $500.