Stimulus: You Might Qualify for Another $1,400 Stimulus Check — Here’s How 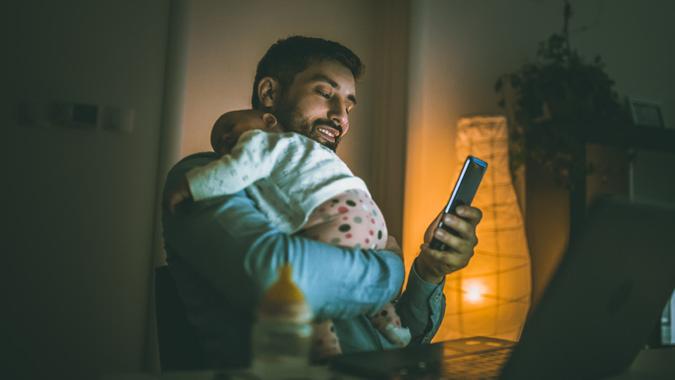 The federal stimulus program that sent a payment of up to $1,400 per person in 2021 finally wrapped up this week, as the IRS announced that all third-round payments had been distributed to eligible Americans. But there’s still a chance you might qualify for another payment now that the 2022 tax season is underway.

See: Stimulus Checks Totaled Over $850 Billion — See How That Money Was Spread Out
Find: Stimulus Update — What COVID-Era Programs Will Continue in 2022?

It all depends on your family situation. For example, if a child of yours was born in 2021, you might see an extra $1,400 break on your tax bill when you file taxes this year — as long as you didn’t already receive a payment for that child.

You might also qualify for a payment if you added a dependent — such as a parent, grandchild, niece or nephew — on your 2021 tax return and that dependent was not listed on your 2020 tax return, CNBC reported, citing statements from the IRS. Stimulus payments sent out last year were based on 2020 tax filings.

Beyond that, it’s unlikely that Americans will see more stimulus payments in 2022. Last year’s payments were approved under the American Rescue Plan Act, which was signed into law in March 2021. That followed previous economic impact payments of up to $1,200 and $600 that were included in earlier COVID-19 relief packages.

See: Why Backward Budgeting Could Be Exactly What Your Wallet Needs
Find: How To Compound Your Income in 2022

But despite calls from some lawmakers to continue those and other relief programs — especially since variants like Omicron have led to a surge in COVID cases — there doesn’t seem to be much political will to pass future legislation. As GOBankingRates previously reported, many experts are doubtful any new relief programs will be approved, at least at the federal level.

“At this point, I’d say the odds of another round of stimulus checks are fairly slim,” said Riley Adams, licensed CPA, senior financial analyst for Google and chief editor of Compare Forex Brokers. “For that to happen, data would need to show a rapid spike far above consensus expectations for Omicron cases. This would need to result in large shelter-in-place orders coming out across most, if not all, states. As a result, it would be hard to coordinate and take action on the need for another round of stimulus checks nationally when so many states would opt not to follow a shelter in place order, preferring instead to remain open to avoid a potential downturn in the economy.”