Your Wages Might Go Down – Because the Economy Is Getting Stronger 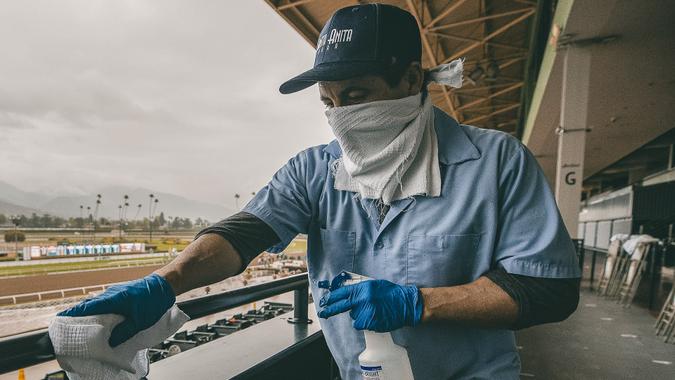 In what seems like a paradox, average U.S. hourly wage growth could be set to slow — and even show negative growth — as the economy rebounds, Bloomberg reports. However, in a White House blog post, the government warns that “average wage data will be easy to misinterpret in the coming months.”

See: Do You Think the Minimum Wage Should Be $15? Take Our Poll
Find: The 50 Lowest-Paying Jobs in America

Why could a growing economy mean shrinking wages?

First, it’s important to understand that individual workers won’t experience pay cuts in coming months. However, the average national hourly wage will drop as lower-wage employees return to work after the job cuts that took place during the pandemic. Of the 21 million job cuts that occurred, most were “low paid work in service industries,” according to Bloomberg. Therefore, average wages rose because the people still employed were the ones earning higher salaries.

However, so far this year, 1.5 million service jobs have opened up again, especially in the leisure and hospitality industry, which Bloomberg says is one of the lower-paying industries in the U.S.

Calling the fall in average wages a “computational quirk,” the White House reports, “[T]he typical worker is not likely to experience the slowdown in wage growth that we expect to see in the upcoming data as the economy improves.”

In stark contrast to the government data, recent months have actually shown a rise in hourly wages from some major companies, including Costco, which raised its minimum wage to $16 an hour. Target, Best Buy and Amazon now pay a minimum of $15 an hour.