Are You Sure You’re Getting a Stimulus Check? 16 Million Americans Won’t Get a Third One 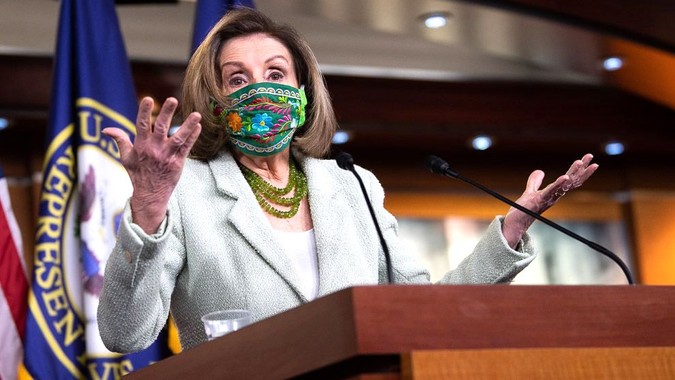 Last week the IRS sent notices to millions of Americans, letting them know the amount of their upcoming stimulus check. After all, there was agreement on that part of the stimulus. The agency was trying to get ahead of the crush of of tax season, but its notices were premature.

See: If You Get a Stimulus Check, How Will You Use It? Take Our Poll
Find: Stimulus on Track for Weekend Vote, Republicans Vow to Slow Down Process

Well, it ain’t till it’s over. Today, The Washington Post reports that President Biden has agreed to narrow the eligibility for the $1,400 checks in order to ensure that moderate Democratic senators will support the stimulus package. The bill needs all 50 Democrats to vote for it, as it is unlikely that it will receive Republican support, although Lisa Murkowski (R-Ark.) has said that she would consider passing it. A study from the think tank Institute on Taxation and Economic Policy indicates that approximately 16 million fewer Americans will receive stimulus checks this time around.

In the bill that passed the House of Representatives, $1,400 stimulus checks would be sent to individual taxpayers with an income under $75,000 per year and to each member of a married couple with an income under $150,000. Then, a phaseout would be in place for higher incomes, with individuals earning $100,000 per year and couples earning $200,000 not eligible for a benefit.

Meanwhile, Rep. Ilhan Omar (D-Minn.) is leading a group of congressional reps to push for a $2,000-per-person check to be sent out every other month.

In addition, Sen. Ron Johnson (R-Wis.), who opposes the stimulus, has asked that the entire 600-page legislation be read aloud before a debate can begin — a process that would take about 10 hours.