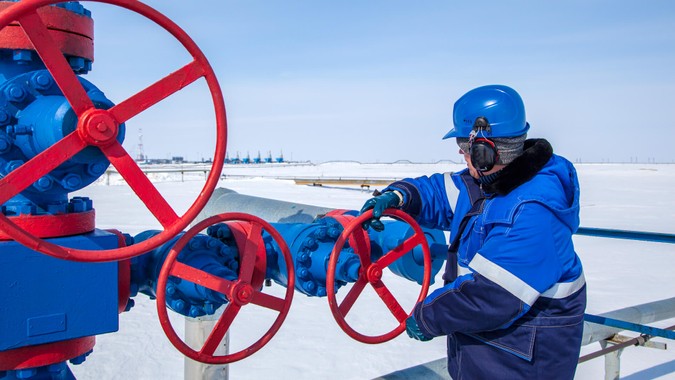 The unprecedented storm hitting the center of the U.S. has caused major disruption in global markets. Texas has been hit hard, with disruptions to its natural gas production at the same time that demand in the state spiked. Northern Mexico has also been affected by the storm, and that country’s natural gas industry is mostly concentrated in the same area. As a result, rolling blackouts were planned in a dozen northern Mexican states Tuesday night, according to Natural Gas Intelligence.

See: Extreme Weather Causes Major Blackouts Across US – How to Save Energy, Reduce Heating Costs This Winter
Find: In Spite of Recent Drops, Could Oil Be Headed for a Bullish Market?

The storm and related power outages have shut down oil and natural gas wells. The roads are difficult for tanker trucks to navigate, and the cold is slowing down pipelines. The refineries are facing the same power outages, so they can’t convert crude oil into gasoline, jet fuel and heating oil.

Oilprice.com reports that natural gas normally trades at $3.00 per million British thermal units (mmBtu), but prices now range between $300 and $600 mmBtus. People all over the country will see their utility bills rise, as many electric utilities are fired by natural gas.

In oil markets, Bloomberg reports that 4 million barrels per day of production is currently offline, representing about 40% of U.S. crude oil production. Brent crude prices are approaching $65 per barrel, a far cry from the $16 price they fetched last year, early in the pandemic shutdown.

While the weather is expected to improve over the weekend, the markets will be disrupted for a longer period. The supply shock is accompanied by damage to the system, so recovery will take longer than it has following past production cut offs. We can expect higher prices for the next few months.