‘The Great Resignation’: Who Is Quitting and Which Job Sectors Are Suffering Most? 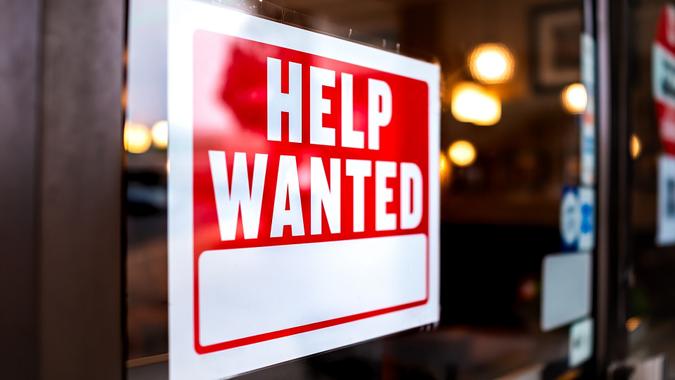 You’ve no doubt heard of “The Great Resignation.” Professor Anthony Klotz of Texas A&M University coined the phrase during a Bloomberg interview in May 2021, when he predicted people would begin leaving their jobs en masse as companies called their employees back to the office.

Fast forward to February 2022, and “The Great Resignation” is in full swing. People have been leaving their jobs in record numbers, the pandemic is hanging on and there’s no “normal” in sight.

The Great Resignation: Which States Have Been Hit the Hardest — And Which Have Not
Look Ahead: Experts Predict What the Economy Will Look Like in 2022

According to the Job Openings and Labor Turnover Summary from the Bureau of Labor Statistics for November 2021, “quits” (the number of people who quit their jobs) were up 370,000 from the previous month, equaling an all-time high of 4.5 million. That number fell slightly in December, but the numbers are still high. To give you some context, according to BLS data, the number of quits from July to December 2021 were as follows:

Here’s more on the millions of people who are quitting, why they are quitting and which job sectors are suffering the most resignations.

According to LinkedIn, the largest numbers of people leaving the workforce include millions of baby boomers who are taking early retirement and millions of Gen Zers (young people in their teens and early 20s). In an interview with “60 Minutes” in January, LinkedIn chief economist Karin Kimbrough also said many more women than men are quitting.

Thinking About Quitting? Retirement Mistakes To Avoid During the Great Resignation

Which Job Sectors Are Experiencing the Most Resignations?

According to Kimbrough, the data from LinkedIn shows that retail sectors and hospitality sectors are some of the hardest hit. But she said the data shows people are quitting jobs across the board. Here’s a look at the numbers Kimbrough gave in the interview:

Kimbrough put things into perspective by pointing out that those percentages equal almost 1.5 million vacant positions.

BLS data offers some of the same information. In December, the largest increases of quits occurred in the accommodation and food services sector; information; non-durable goods manufacturing and state and local government education.

“No industry is immune,” said John Boyd of The Boyd Company, which provides location and labor market counsel to leading corporations throughout North America. “My site selection firm services a broad spectrum of industries, and they are all dealing with this phenomenon. Industries especially hard-hit are the hospitality sector, including hotels and restaurants; retail establishments; and components of the supply chain like warehouses, fulfillment centers, truck drivers, call centers and delivery services.”

Why Are People Quitting?

The data shows that people are quitting by the millions, but what are the reasons?

According to Payscale, front-line and low-wage hourly workers are largely fueling “The Great Resignation” — an assertion that supports the quits seen in the retail and hospitality sectors.

Payscale also reported that these workers, who make up a big percentage of the workforce, have found leverage due to conditions resulting from the pandemic. Those conditions include high competition for labor, a higher cost of living and a culture that now has a new appreciation for historically undervalued service workers.

“Now that employees are well aware that there are employers out there who will provide them with flexibility, mental health support, and additional time off to combat burnout, it’s natural for someone to seek out change,” said SoFi career expert Ashley Stahl. “With the rise in new benefits and more options from employers, it’s likely we’ll see professions that took a hit from the pandemic — such as servers with degrees — who might seek to pivot to work that’s closer to their major. This means not just polishing their resume, but also networking for new contacts.”

As far as why people are quitting in some of the other sectors, such as education, all you have to do is read the news headlines. Schools are often hotbeds of controversy due to mask mandates and vaccine status, illnesses and absences. Educators are tired and exasperated, parents are angry and frustrated, and students are the collateral damage.

Also See: The Effect of Stimulus and Increased Unemployment Payments on the Economy in 2022

In the healthcare industry, things are often much worse.

“Front-line workers like nurses, EMTs, etc., have been burnt out by the trauma, extreme hours and other effects of the ongoing pandemic, and this is driving them away from hospitals in record numbers,” said Debbie Winkelbauer, CEO of Surf Search, a recruiting firm that works with companies in the healthcare and pharmaceutical industries.

“This is forcing medical workers who wouldn’t normally be on the front line to fill in for these roles, causing a ripple effect through entire hospital staffs. Stories of extreme hours, unsafe conditions and abuse from patients are also preventing new workers from applying to these positions, exacerbating the problem and making it very difficult to fill openings.”

Payscale also reported that white-collar workers who have specialized or technical skills are job hopping due to more opportunities, which include advances in salaries and benefits. Additionally, it’s believed that remote work has made it easier for people to quit because they no longer have close connections to people they haven’t seen in person for almost two years, in some cases.

Matthew McSpadden — CEO of WELD Recruiting, an IT recruiting firm — believes the Great Resignation will continue in 2022 because candidates are becoming more aware that they’re in the driver’s seat.

However, he has some advice for employers.

“Smart companies will start catering to their current employees to build the most flexible, attractive work environment and company culture that considers remote work, work-life balance, mental health and burnout, fulfillment and growth opportunities, benefits and incentives — as well as start paying attention to their employer brand,” McSpadden said.

“I believe that, yes, record numbers of people will continue to resign for a bit longer,” Causey said. “Corporate America can be notoriously slow to respond to change, but I think as companies are forced to make necessary changes to the hiring process — for example, not requiring 10 different interviews, shortening the hiring cycle, waiving pre-employment checks that aren’t necessary, etc. — they will be able to fill open positions.

“I think this, combined with candidates proactively taking charge of their own careers and not settling for a job they hate, will cause the market to calm down a bit,” she added. “Less open positions to choose from plus a greater sense of employee satisfaction will help with employee retention.”