This Is the State Where Doctors Make the Most Money 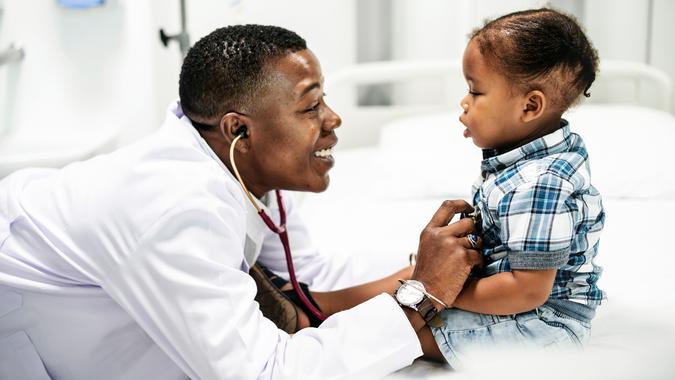 There are about 900,000 doctors in America, and the United States has among the highest ratios of doctors to the population of any country in the world.

Physicians make an average of $270,000 a year and work an average of 55 hours a week. However, these numbers are at least two years old. One weakness of the data is that it does not cover the number of doctors who have left the field due to COVID-19, either because of fear of infection or a drop in revenue. Nevertheless, the range of what doctors are paid varies widely by specialty and location.

An annual survey of physicians by Medscape covers a broad spectrum of issues, from pay by gender to pay by state. The doctors who make the most money by far are plastic surgeons, who make an average of $526,000 a year. The lowest-paid doctors in America are pediatricians. They make an average of $221,000 a year, followed by doctors who practice family medicine at $236,000.

How much doctors make by state also varies widely. The Medscape data shows that doctors in Alabama make the most at $348,000, followed by Kentucky by $340,000. The numbers are counterintuitive. The median household income in Alabama is among the lowest of all states at $51,734, according to the U.S. Census Bureau. That compares to $65,712 nationwide. Kentucky is also among the lowest in median household income at $52,285.

See: These 10 Healthcare Jobs Are the Most Lucrative, Study Finds
Find: Best and Worst Cities to Score Your Dream Job

Click here to see the salary needed to afford the average home in each state.

Click here to find out how much the average salary is in each state.

24/7 Wall St. is a publisher partnering with GOBankingRates.
Learn More