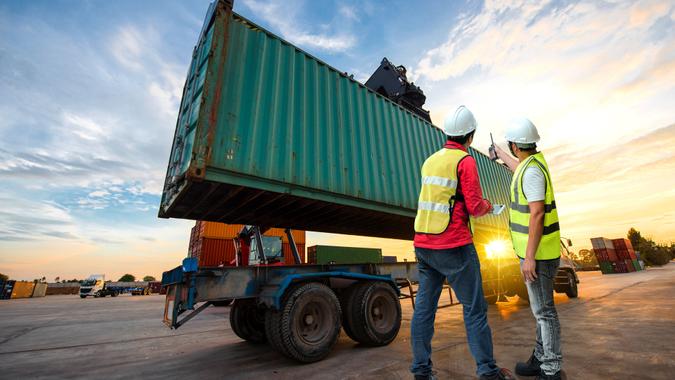 Some of the world’s biggest shipping and transport organizations want the United Nations to intercede in the supply chain crisis, warning that a failure of governments to act could lead to the collapse of the global transport system.

Among their requests: That the WHO and ILO discuss the humanitarian crisis at the U.N. General Assembly, and that the heads of government take “swift action” to lift fragmented travel rules and provide COVID-19 vaccinations to the manufacturing and logistics workforces. The letter also advocates creating a globally recognized vaccination certificate so workers can cross international borders.

The letter comes as the world’s seafarers, truck drivers and airline workers approach a breaking point after having to endure quarantines, travel restrictions and complicated COVID-19 vaccination and testing requirements to keep the supply chain moving during the pandemic, CNN reported.

“In view of the vital role that transport workers have played during the pandemic and continue to play during the ongoing supply chain crisis, we request, as a matter of urgency, a meeting with WHO and the ILO at the highest level to identify solutions before global transport systems collapse,” the letter said. “We also ask that WHO and the ILO raise this at the U.N. General Assembly and call on heads of government to take meaningful and swift action to resolve this crisis now.”

All of the world’s transport sectors are suffering from a shortage of workers, the letter added, “and expect more to leave as a result of the poor treatment millions have faced during the pandemic, putting the supply chain under greater threat.”

As GOBankingRates reported earlier this week, the supply chain crisis has contributed to escalating inflation in the United States — so much so that corporate heavyweights like Nike, Costco, FedEx, UPS and General Mills have warned that unless continued supply chain problems could lead to even higher inflation as the holidays approach.

See: Stimulus Update: States Give Out Thousands of Bonus $1,000 Checks – Will You Get One?
Find: Senior Stimulus: How an Additional $1,400 Check Could Help Social Security Recipients Afford Rising Grocery Costs

Meanwhile, COVID-19 restrictions in Europe have affected thousands of truck drivers, forcing them to queue for days in sub-zero temperatures with no food or medical facilities.