Donald Trump is our 45th president, but the 44 that came before him all played roles in shaping the country’s finances for better or worse. “Roles” is the key word because our leaders aren’t entirely responsible for U.S. economic successes or failures. There are others in and out of politics who have significant parts. World events beyond anyone person’s control also shape U.S. debt.

National debt rarely, if ever, starts or ends with the president. Nonetheless, one way or another, America is in financial jeopardy.

How Deep Is Our Debt?

At the end of last fiscal year (September 30, 2016), the U.S. had $22.8 trillion in total liabilities, according to the Treasury. That’s up nearly $1.3 trillion from the year before, thanks in great part to the $587.4 billion increase in our budget deficit.

Most of our nation’s reckless spending is financed by you and me — $14.2 trillion, or about 62 percent of the total, is publicly held debt. When you invest in a U.S. Treasury bond, you’re lending to the Feds.

Do we have our presidents to blame for being fiscally irresponsible, or are there other factors that make them unfortunate bystanders to our debt crisis? Here’s a look at the legacies of two recent presidents — George W. Bush and Barack Obama — and two from decades past — Warren Harding and Franklin Roosevelt (FDR).

Look: You Have a Higher Net Worth Than the US Government

Although Obama promised to rein in rogue mortgage lenders and banks during his presidential campaign, he picked up where George W. Bush left off and added $7.9 trillion to our nation’s bills. It’s important to note, however, that some of that resulted from the Economic Stimulus Act, which was enacted in February 2008 (nearly a year before Obama was inaugurated). Luckily, the Great Recession ended in June 2009. It hasn’t exactly been smooth sailing since, but we’ve had eight years of uninterrupted — if unspectacular — GDP growth.

George W. Bush boosted U.S. debt by more than $5.8 trillion, or 101 percent. During his administration, military spending was between $600 and $800 billion per year. The Iraq conflict cost $807.5 billion, and it was just a part of the War on Terror triggered by 9/11.

Bush was ushered in and out of office with recessions. His outbound Great Recession (2007-2009) was particularly nasty. You might remember when he worked with Treasury Secretary Henry Paulson and Federal Reserve Chair Ben Bernanke to pass a $700 billion Wall Street bailout.

FDR couldn’t get enough of the White House. He was in his fourth term when he died in 1945. From 1933-1945, he governed through the good, the bad and the ugly. To help pull the country out of the Great Depression, which some blamed on the financial missteps of his predecessor, Herbert Hoover, FDR increased America’s debt by $236 billion. Today, that would be considered peanuts in dollar terms, but he holds the record for the largest percentage increase to the national debt: more than 1,000 percent. His New Deal ramped up expenditures, but World War II spending accounted for nearly 90 percent of the amount added.

The consensus view that Harding botched the economy is one of the reasons many historians rank him among the worst presidents. Only serving from 1921 to 1923, Harding’s tenure was cut short when he died in office. Like George W. Bush, he was sandwiched between two recessions. He didn’t cause the first, but perhaps he led to the next.

During his campaign, Harding said, “There is not a menace in the world today like that of growing public indebtedness and mounting public expenditures … We want to reverse things.” He delivered on that promise. During his administration, Harding raised interest rates and balanced the U.S. budget, decreasing the federal debt $2 billion from the $24 billion that he inherited. Although he might have been fiscally prudent, he didn’t win any popularity contests doing that.

Who Else Contributes to National Debt?

The flux of the national debt isn’t solely in the president’s hands. The chair of the Fed also plays a significant role in stimulating or depressing our economy through leading the central bank’s monetary policy, which entails lowering or raising interest rates to kick start or slow growth. Taxing and spending, or fiscal policy, typically works through a partnership between the president and Congress.

Alan Greenspan, who served from 1987 to 2006, might have been the first “rock star” Fed chair, but many of his predecessors back to when the Fed was created in 1913 have played important financial roles. FDR had to work with three Fed chairs during his 12 years in the White House.

The last thing to consider about the national debt is, business cycles don’t coincide with presidential terms. Some experts think that the growth of the country’s gross domestic product (GDP) is independent, and that presidents get too much praise or blame for what happens on their “watch.”

George H. W. Bush might have lost his second term in office because he was blamed for the six-month recession during his presidency. George H. W.’s successor, Bill Clinton, was lauded as an economic genius because his presidency took place when the stock market was healthy, despite the fact that Fed Chair Greenspan’s slack monetary policy helped drive the prices of internet stocks and other assets. That ended badly by the end of Clinton’s second term when the tech-heavy NASDAQ peaked in March 2000, and then crashed nearly 80 percent before it bottomed out in October 2002.

So, what’s in store under President Trump? Political rhetoric is one thing, but action is another. The president has promised to support businesses and their workers. A key plank in his platform is to lower the U.S. corporate tax rate from 35 percent to 15 percent. However, the Tax Foundation estimates that this plan would cost $2.1 trillion over ten years. It might be that the cycle of debt won’t be broken for some time.

Next Up: What President Trump’s Tax Plan Means for You 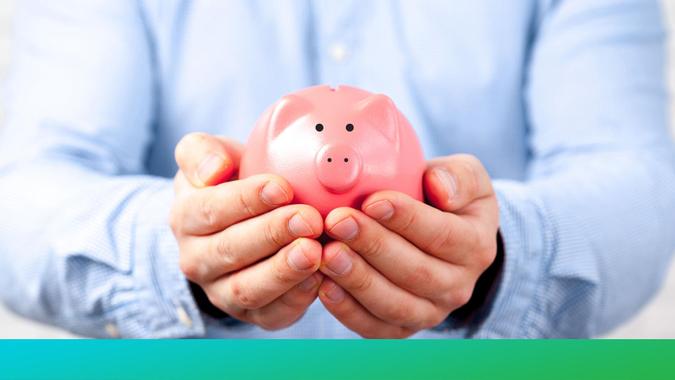 How Rising Interest Rates Could Save Americans’ Finances

The Fed has hiked interest rates three times this year. Will it bump up our savings?

> Money > Economy > 20 Trillion Dollars and Counting: US Debt by President