When President Donald Trump unveiled his proposed budget on May 22, it was met with opposition from both sides of the political aisle. Many Republicans who opposed Trump’s budget did so for the same reason Democrats did — because it eliminates federal funding for programs Americans have come to rely on.

“I am disappointed that many of the reductions and eliminations proposed in the president’s skinny budget are draconian, careless and counterproductive,” Kentucky Republican Rep. Hal Rogers said.

The funding the Trump budget is proposing to cut, from Medicaid to disability insurance to Planned Parenthood, will affect a significant number of Americans — including the lower-income Rust Belt voters who lifted him to victory over Hillary Clinton in November.

The Trump administration is pushing back against these critiques and calling its budget “taxpayer-first,” which cuts so-called “entitlement programs” to save the taxpayer money. White House budget director Mick Mulvaney offered insight into the administration’s thinking when he said at a press conference the purpose of the funding cuts was to “measure compassion by how many people we can get off those programs.”

On that count, the Trump budget would certainly succeed if it becomes law. Let’s take a closer look at five programs the Trump budget proposal would eliminate or significantly curtail, and who these cuts would affect most. One thing is for sure: If the Trump budget were to pass, the safety net Americans rely on today would change considerably.

Recent college graduates owed an average of $30,100 in student loan debt. Trump’s budget proposes several major changes to federal student loans. It calls for the federal government to stop subsidizing interest on student loans, for a savings to the government of $1 billion each year. The budget also eliminates a popular program that allows borrowers to have their loans forgiven after 10 years if they work in public service. About 500,000 Americans are enrolled in this program, called Public Service Loan Forgiveness.

Department of Education officials clarified after the budget was released that those already enrolled in the program would still be able to have their debt forgiven after making their 10 years of payments, and that any debt taken out before July 1, 2018, would be eligible for forgiveness under the current program. Critics point to evidence that the program encourages students to take out more debt, and incentivizes universities to keep the cost of their tuition high. Those considering graduate school who would need to finance the high cost of their degrees would no longer be incentivized by the program to choose a lower-paying public service career path after graduating, and might need to pursue a corporate path instead to pay off their loans.

President Trump has a checkered history when it comes to explaining his views on Planned Parenthood — an organization that has been a lightning rod for criticism from anti-abortion activists, but that also provides healthcare services to millions of low-income Americans. These services include cancer screenings, birth control, testing and treating for STDs and annual exams. As a candidate, Trump told CNN that Planned Parenthood is “like an abortion factory,” and he has said repeatedly that he opposes federal funds paying for access to abortions at organizations like Planned Parenthood, even though the 1976 Hyde Amendment already prohibits federal funds from covering abortions.

President Trump’s budget proposal calls for a 25 percent reduction in spending on the Supplemental Nutrition Assistance Program — also known as food stamps — over the next 10 years, resulting in a savings of $193 billion. The administration believes a significant number of the 44 million Americans receiving food assistance are abusing the system, and could find work to put food on their tables without assistance from the government. “If you are on food stamps and you’re able-bodied, we need you to get back to work,” Mulvaney said. It is not clear that the able-bodied are always able to find work, especially in the economically depressed counties Trump carried.

More in Food: Eat Healthy for $1 or Less With These 51 Foods

Many food stamp recipients are already required to work — the budget would expand the work requirement to include recipients with children and those over the age of 49. The cuts would especially affect large families: Under current law, larger families receive larger benefits, but under Trump’s budget, the maximum benefit would be capped at the projected total to feed a family of six.

Trump’s budget proposes $72 billion in cuts from Social Security Disability Insurance and Supplemental Security Insurance over the next 10 years. Disability insurance works by protecting workers who would otherwise be a part of the labor force but who have been pushed into an effective early or temporary retirement because of serious illness or disability. According to the Social Security Administration, roughly 10.5 million Americans currently receive disability insurance, which covers conditions ranging from cancer to multiple sclerosis to back problems.

The stated goal of the cuts is to “test new approaches to increase labor force participation,” Mulvaney said. He suggested the cuts were made under the assumption that not everyone who received disability benefits was actually disabled, and that cutting these fraudulent benefits could save the government money once, and then generate revenue again in taxes when these workers re-entered the workforce.

The Office of Management and Budget has not said what fraud detection and prevention measures in addition to the many already in place would be implemented. “The notion that disability insurance is somehow accounting for the decline in labor force participation is not credible,” said Kathy Ruffin, a consultant for the Center on Budget and Policy Priorities. “Disability benefits go overwhelmingly to people who are in very poor health with very little ability to work. In fact, although the program allows and encourages work, very few people work at all after they qualify, and overwhelming evidence suggests that they can’t work because they are too sick, not because they are slackers.”

Related: Why Millennials Need to Worry About Disability and Social Security

In contrast to Donald Trump the candidate, who repeatedly criticized other Republicans for proposing cuts to Medicaid, President Trump’s budget proposes cutting over $800 billion from the federal government health care program for low-income Americans over the coming decade. The cuts are based on the assumption that the Republican-proposed health care bill will become law, and the federal government will no longer be giving money to states to expand their Medicaid coverage.

Administration officials and allies are denying the $800 billion represents a cut, and are instead calling the funding reduction a brake on the rate of federal spending on the program intended to preserve it. “We are capping the growth rate of the program, not cutting it,” an administration official said in an interview with the Boston Globe. More than 74 million Americans receive Medicaid, which covers a wide range of emergency and preventive health services. Low-income adults who received coverage under the Affordable Care Act’s Medicaid expansion are most likely to lose their coverage. Many older Americans who cannot afford nursing home care would also have to find a way to care for themselves if the cuts are enacted: Medicare does not cover nursing home care, but Medicaid does. 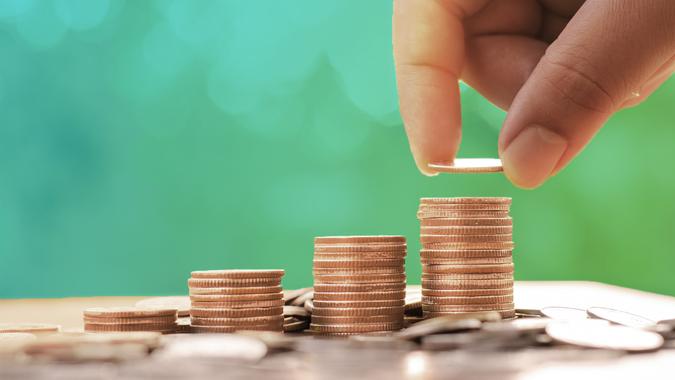 10 Effects of Inflation — and How to Protect Your Money Now

Find out what the effects of inflation are on your money — and how to beat them.