The Trump administration has enacted trade tariffs which will affect goods that come into the United States from several countries, and those countries — such as Mexico, China, Canada and others — have responded with tariffs of their own.

These tariffs will not only affect the prices U.S. consumers pay for goods and services, they will also affect jobs. According to the Tax Foundation, the tariffs already imposed and those to be implemented could eliminate nearly half a million U.S. jobs.

Click to read more about how Trump’s trade war will make your holidays much more expensive.

The Tax Foundation said that the first round of tariffs would have these effects:

Read: These 12 States Are Getting Hit Hardest by Trump’s Tariffs

The foundation also estimates that tariffs on automobiles and parts and other products from China will cause these additional effects:

China is not the only country affected. Other countries, such as India, Turkey and the European Union, have threatened tariffs on goods exported from the U.S. If these tariffs are enacted, the Tax Foundation estimates the following effects:

The total impact of the tariffs that have been announced by both the U.S. and other countries would result in:

The figure of $148.33 billion, the overall decline in GDP, represents one-third of the long-run impact of the Trump administration’s Tax Cuts and Jobs Act, which is projected to cost $1.5 trillion.

Despite President Donald Trump’s claim that the U.S. has been treated “unfairly” by its trade agreements with other countries, economists are generally in agreement that free trade increases economic output and benefits income. Trade barriers, such as tariffs, have a negative effect on economic output and income, by increasing prices and reducing the number of goods and services that are available to consumers.

Click through to read more about how Walmart and Coca-Cola plan to hike prices due to tariffs. 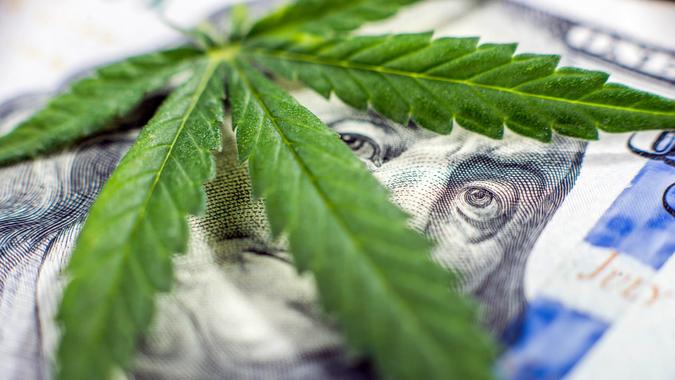 Seeing Green: How Much States Make From Cannabis

Many states are now exchanging one type of green for another.