Universal basic income is having a moment. An idea that has long percolated in different parts of the world has become the source of more serious conversation in the U.S. after Andrew Yang made it a centerpiece of his 2020 presidential election campaign, calling his version the “Freedom Dividend.” With the world now facing a historic pandemic, the topic has become only more compelling – and to some, controversial.

The basic idea of Andrew Yang’s freedom dividend is very simple: The government would offer direct payments to every citizen, regardless of their income. Proponents say the UBI could eliminate poverty, simplify the social safety net and help create an economy that better allows everyone to discover and achieve their true potential. To critics, it’s a massive giveaway that’s destined to cripple the economy and create a generation of shiftless dependents unable to support themselves.

To be sure, any UBI program would be an enormous change — not just to the government and economy, but to the culture itself. But as automation and artificial intelligence continue to replace human workers at a faster and faster rate, more people are considering some form of direct cash payments as a way to combat a future with less need for human workers.

UBI is likely to be part of the political conversation for the foreseeable future. This overview will show you what a UBI would look like and what it might mean for you.

To borrow parlance from another idea being debated during the presidential campaign, UBI is basically “Social Security for all.” The U.S. government already has a system in place to guarantee a fixed income to senior citizens and retirees. A UBI would expand this to include every adult age 18 and up.

The core idea — direct cash payments with no strings attached — has many variations. A UBI is, well, universal. But some argue for a more limited approach that only offers payments to those people who really need them. In a negative income tax variation, for instance, anyone earning under a certain amount could expect to receive money instead of paying.

Why Is UBI So Important Now?

People have been proposing some version of a UBI for hundreds of years. Thomas Paine was an advocate, and the idea was even popular among Republicans as recently as the early 1970s. Richard Nixon promoted a form of guaranteed income and won support from Donald Rumsfield and Dick Cheney in the process.

Part of the driving force behind renewed interest in UBI stems from the current economy. Globalization has pushed manufacturing jobs overseas, and automation is continually replacing human workers. Driverless automobiles, for example, are likely to save tens of thousands of lives a year, but they’re also going to put some truck drivers out of work, Tesla founder Elon Musk told CNBC.

And it’s not just limited to blue-collar workers. Advances in artificial intelligence and machine learning mean that some white-collar professionals, like accountants and financial advisors, do work that could be replaced by a computer program.

As more and more reliable jobs paying decent salaries are replaced by low-wage, low-skill service work that rarely supplies a living wage, it’s clear that many American are being left behind by the current economy. The UBI would be a way to counter the failure of the economy to provide for the working class in the way it used to.

How Is UBI Distributed?

One of the most controversial aspects of the universal basic income is that people might get money for nothing. And, to be sure, some of the plans — including Yang’s — are advocating for just that. In fact, it’s actually a selling point for many.

The universal nature of a UBI means a lot of people who would get checks shouldn’t get them — multimillionaires or those able but unwilling to work, for example. But eliminating the need for means testing would make the program easier to implement, perhaps saving enough money on administration costs to more than make up for payments to people who otherwise might be excluded.

What’s more, as Yang points out, making the program universal would help change the conversation about it. Social programs that only benefit a certain portion of the population often stir up controversy and drive an angry backlash. By giving the same sum to each and every adult in America, the program would benefit everyone equally.

How Much Would Be Given?

Proposed payment amounts differ by plan but generally range from about $5,000 to $15,000 a year. Yang’s plan suggests $1,000 a month. The intent is to avoid discouraging people from working yet pay enough to cover their basic necessities.

What Would Be the Cost of UBI?

Simply put — a lot. Even UBI’s biggest proponents admit this would be enormously expensive. Yang’s plan, for instance, would cost about $3 trillion a year — putting it about on par with projections for Medicare for All plans and increasing federal spending by about 73%.

Who Would Pay for the UBI?

The American people, ultimately. The debate over how to pay for universal basic income is not unlike debates over funding other government programs. Although the total price tag is going to be high any way you slice it, proponents suggest options for paying for the program that could reduce the tax burden on the average American.

What Are Potential Advantages of a UBI?

Advocates of the UBI are quick to detail the various ways a universal basic income could address some of society’s most pressing issues. Although the program wouldn’t be a cure-all, it could have a variety of positive effects.

What Are Potential Disadvantages of a UBI?

Of course, with a program of this size — and one as radical in nature — there are plenty of potential downsides that need to be carefully addressed before implementing a UBI.

Is a UBI Already in Effect?

The potential benefits and downsides aren’t completely hypothetical. Test cases range from projects run by charities like GiveDirectly, which uses donations to fund direct cash payments to residents of a village in Kenya, to Canada’s “Mincome” experiment from the 1970s that ran a basic income program in one town. These real-world examples of UBIs at work seem to indicate that concerns about large sections of the population falling into sloth and idleness are mostly unfounded.

Although small in scale, these programs returned similar results despite the cultural differences between the societies. Labor participation did not decline significantly, and recipients mostly used the money to invest in themselves and their careers. When presented with a firm floor for their income, most people use that safety net to go back to school, start up a new business or purchase equipment that previously was unaffordable. More than anything else, these examples suggest that most people are willing to work — they just want to be able to do so on their own terms instead of being driven by immediate need.

There are examples here in the U.S., too. When Nixon flirted with the idea in the 1970s, he launched a pilot program in a few American cities to see what would happen. In each case, the massive decline in labor force some hypothesized didn’t materialize. There was a small decline in labor force participation, but it was driven by teenagers from low-income households who could now focus on their education or future career instead of low-wage work to help mom and dad cover the rent.

If a UBI Happens, Will It Work?

That’s the $3 trillion-per-year question. And unfortunately, there’s no good answer. Naysayers like Bill Gates, co-founder of Microsoft and the Bill & Melinda Gates Foundation, say no. “We are not rich enough to give up work incentives,” Gates told Fox Business. Granted, it would be a be a huge mistake to assume that what works for a village in Kenya would work just as well if applied to America’s $20 trillion economy. But the various experiments and pilot programs dealing with direct cash payments paint a fairly rosy picture of what could happen with a UBI.

As with many big policy ideas, the universal basic income currently exists entirely in the hypothetical because there’s no instance where UBI has been implemented on a mass scale. So unless Yang’s candidacy makes a historic turnaround, the UBI doesn’t appear to be coming any time soon. But the basic ideas at its core seem to have excited many people interested in building a fairer society, so you’re likely to be hearing more about the plan — whether or not it ever comes to fruition. 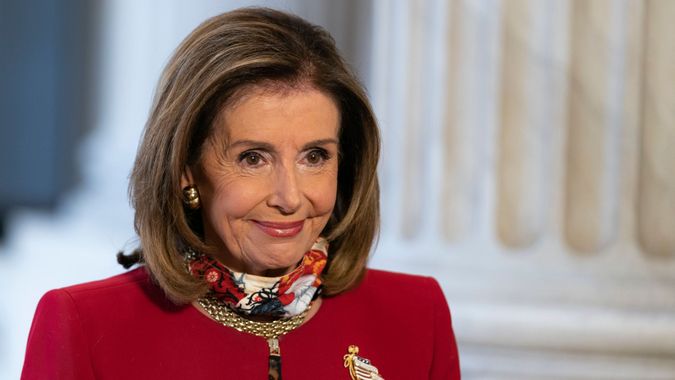 As negotiations go on, here's what a stimulus might include.