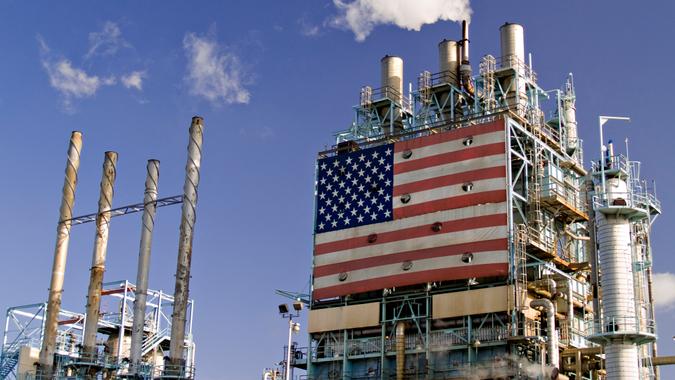 With gas prices hitting a seven-year high this week and some analysts warning of even more spikes to come, the Biden Administration might need to take extreme steps to ease the crisis — including releasing emergency oil reserves.

That’s one of the options “that’s under consideration,” U.S. Energy Secretary Jennifer Granholm said during a Wednesday appearance at the Financial Times’ Energy Transition Strategies Summit.

The fact that the administration has even considered releasing emergency reserves — officially known as the Strategic Petroleum Reserve — speaks to the urgency of the current oil and gas crisis.

Gasoline prices in the U.S. surged to $3.21 per gallon this week, Fox Business reported, which is their highest point since 2014. Prices could push as high as $3.30 per gallon by the end of October, Patrick De Haan, head of petroleum analysis for GasBuddy, told Fox Business.

Meanwhile, oil prices rose to their highest point in three years this week after OPEC+ decided not to increase its oil output by more than 400,000 barrels per day in November, CNBC reported. OPEC+ is the cartel composed of the Organization of the Petroleum Exporting Countries as well as allies such as Russia. The cartel has been urged by the U.S., India and other countries to add additional supplies after oil prices spiked 50% this year.

With its options running out, the U.S. might have no other choice but to release its own emergency oil reserves. As Fox Business noted, the last time that happened was a decade ago, when the Obama administration sold 30 million barrels of crude oil as a way of easing price pressures after unrest in Libya disrupted global supplies.

According to the Department of Energy website, the Strategic Petroleum Reserve is “the world’s largest supply of emergency crude oil. It was established to reduce the impact of disruptions in supplies of petroleum products and to help the U.S. meet its obligations under the international energy program.