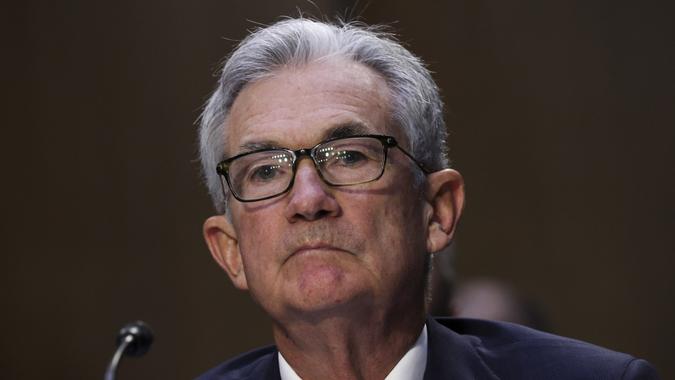 Fed Chair Jerome Powell, who took office as chairman of the Board of Governors of the Federal Reserve System in February 2018 for a four-year term ending in February 2022, is facing re-nomination. But as the wait lingers on, President Joe Biden hasn’t made any announcement yet regarding his reappointment. This is the latest a president has waited before nominating somebody the year before a nominee needs to be selected — many wonder what a Powell-less Fed would look like.

See: Support For Raising Interest Rates In September Grows Within the Fed
Find: What Does the Fed Do, Anyway?

Speaking to reporters in Glasgow on Nov. 2, Biden stated: “We’ll be making those announcements fairly quickly.”

“Number two, I also would indicate that I think we’re going to have plenty of time to make sure all the major nominees are able to be cleared in time that — where their terms would expire. And number three, I’ve given a lot of thought to it, and I’ve been meeting with my economic advisors on what the best choices are, and we’ve got a lot of good choices.  But I’m not going to speculate now,” Biden said according to a transcript of his remarks.

Now, according to a Bloomberg survey, 79% of the economists expect Biden to keep Powell in the job — down from 89% in the September survey. Fed Governor Lael Brainard, a Democrat, is seen as the most likely alternative, with 13% of economists predicting she will be chosen as chair, according to Bloomberg.

Howard Dvorkin, CPA and Chairman of Debt.com, told GOBankingRates that “presidents have a cynical reason for taking so long to appoint a new Fed chair.”

“It’s the slowest-rising trial balloon in U.S. politics. It can take a few weeks for all corners of the political and business communities to respond, either with wanton praise or withering criticism. Since presidents usually get only one shot at this, they take their time,” Dvorkin said.

In September, Sen. Elizabeth Warren said re-nominating  Powell, was “not a risk worth taking,” as she called him a “dangerous man” who has acted to “make our banking system less safe.”

Some economists detected signs of concern about his replacement in moves in the Treasuries market last week, according to Bloomberg, and given how well equities have done under Powell, a replacement could see an immediate reaction, at least for a short while, market participants say.

Marvin Loh, senior global macro strategist for State Street, told Bloomberg that a replacement “would be a shock.”

“With everything going on — between inflation, and the jobs market and everything else — changing midstream, it’s not necessarily the time to break the continuity that Powell brings,” Loh told Bloomberg.

“Serving now under two presidents and through the societal and economic upheaval from the ongoing pandemic, he has guided the country through one of the more turbulent times in modern history,” Kopko said.  “With polarization in Washington at an all-time high, it will be a challenge for there to be consensus on whether to replace him, and who a likely successor would be.”

“While the court has become highly politicized, the Fed chugs along at its own pace. It would be naive to say the Fed doesn’t care about the politics swirling around it, but presidents have been frustrated for decades by Fed chair’s lack of influence once they make their choice,” Dvorkin said. “For the average American — and those are my clients — a new Fed chair will matter much less than almost any other financial policymaker. The Fed will do what the Fed will do, but other branches of government sway with the wind, and it’s that back-and-forth that confuses and wounds the average consumer.”