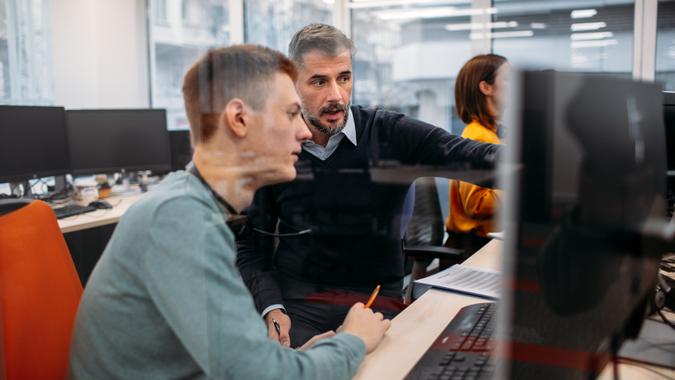 The weekly number of unemployment claims finally saw a steep decrease last week, even exceeding analysts’ expectations, reflecting a reopening of the economy.

See: Do You Think the Minimum Wage Should Be $15? Take Our Poll
Find: Biden Stimulus Calls for Free COBRA Health Insurance for Laid-Off Workers

To put these figures in context, pre-pandemic, first-time unemployment benefit filers had typically numbered only about 225,000 weekly. For example, for the week ending Feb. 29, 2020, the figure stood at 217,000 claims, according to Labor Department data. However, for the week ending April 11, 2020, claims stood at an eye-popping 4,869,000.

Andrew Hunter, cofounder of job search engine Adzuna, tells GOBankingRates, “We’re beginning to see unemployment claims tick down again — a clear signal that the economy is in recovery and the labor market is bouncing back.”

See: 25 Cities Where the Middle Class Is Thriving
Find: US Adds 916,000 Jobs in March — Strongest Gain Since Summer

Hunter adds that this “is very good news for those who have been out of work or are looking for something new — with ample opportunity for job seekers to advance in their careers, start fresh or develop professionally no matter what field they are pursuing.”

These newest figures are in line with the Labor Department report that the U.S. added 916,000 jobs in March, boosted by the leisure and hospitality sector, representing the strongest month since last summer and beating economists’ expectations. This nascent economic recovery is also reflected in the decrease in the unemployment rate from 6.2% in February to 6% in March, according to the Bureau of Labor Statistics.