What Are Some Common Misconceptions About Medicare? 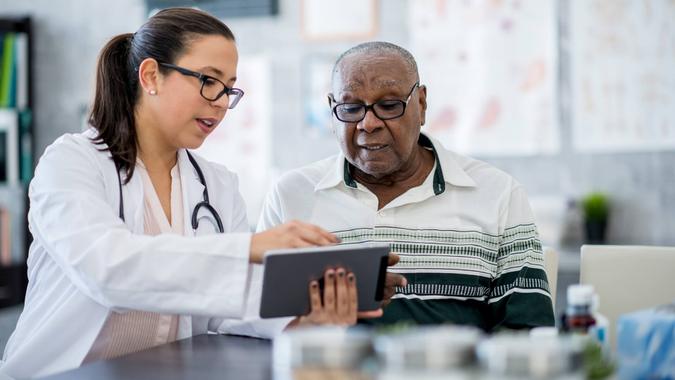 With Medicare’s open-enrollment period just around the corner, millions of Americans age 65 and older will sign up for the federal health insurance program — and many will go in with wrong ideas about it.

Enrollment for 2022 begins on Oct. 15 and runs through Dec. 7, according to the Medicare.gov website. Enrollees are encouraged to carefully review their current Medicare coverage, if applicable, and note any upcoming changes to their costs or benefits.

One change is that the average premium for Medicare Advantage plans will be lower in 2022 at $19 per month, down from $21.22 in 2021, the Centers for Medicare & Medicaid Services recently announced.  Medicare Advantage, also known as Part C, covers the same medical services as Parts A and B, with most plans also covering prescription drugs, according to AARP.

If you are enrolling for the first time, the main thing you need to know is that no matter which plan you choose, you’ll be paying for it. The biggest misconception about Medicare is that it’s free, said Rhian Horgan, founder and CEO of retirement planning platform Silvur and former head of alternative investment strategies at JPMorgan.

See: 11 Social Security Mistakes That Can Cost You a Fortune
Find: The 8 Best Deals From Costco’s September Coupon Book

“The combination of advertisements that feature $0 premium plans plus decades of paying Medicare taxes while working lead many consumers to expect that Medicare will be free,” Horgan told GOBankingRates in an email. “The reality is that someone who is 65 in 2021 is likely paying north of $500 a month once you factor in a supplemental plan, drug plan, out-of-pocket expenses and co-insurance.”

That’s why it’s important for consumers to differentiate between “zero premium” and “zero cost.”

“A plan may have a zero monthly premium, but should you need to go to the doctor, it’s highly unlikely that this plan is actually zero cost once you factor in deductibles, out of pockets and co-insurance,” Horgan said.

She aims to help retirees avoid these problems with Silvur, which bills itself as the first and only app dedicated to helping baby boomers reach their retirement goals. The platform’s Retirement School offers a variety of classes on Medicare and retirement planning. Silvur’s Kindle e-book, “Medicare for Beginners: A Guide to Coverage and Costs,” is due to be released later this week.

Another misconception, Horgan said, is that your location doesn’t impact your Medicare cost. She notes that Medicare Parts A and B are priced at the federal level, meaning that all consumers pay the same price no matter where they live in the United States. But supplemental plans and Part D (prescription drug plans) are priced at the local level. This can result in very different costs, depending on where you live.

See: 10 Ways to Lower Your Cost of Living Without Moving
Find: Here’s How Much You Need to Earn to Be ‘Rich’ in 23 Major Countries Around the World

Horgan points to how the cost of a “fully loaded” Medicare plan — Parts A, B, D and supplemental plus estimated out-of-pocket expenses — can vary widely in different states. For example, the average cost is almost 50% higher in Connecticut vs. Hawaii, Horgan said.

“But before you pack your bags for Hawaii, make sure you factor in all your spending and taxes,” she said. “Hawaii may have lower Medicare costs, but it also has one of the highest costs of living and a high state tax rate (11%), meaning it may not actually be friendly for the retiree budget.”

Silvur is designed to personalize costs based on an enrollee’s current or future zip code. This can help ensure that retirement budgets factor in the full cost of healthcare in retirement.