What Do Small Businesses Really Mean for the US Economy? 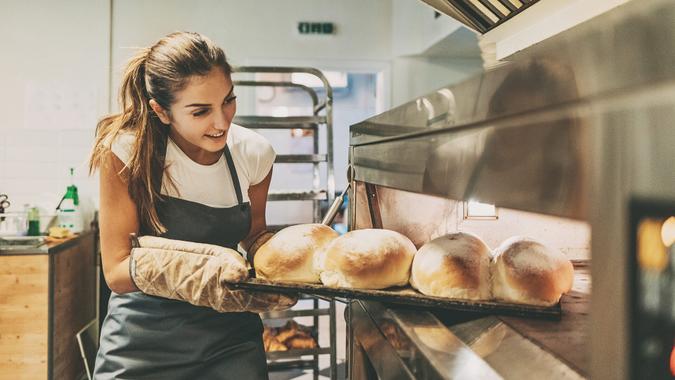 Small businesses have long been touted as America’s backbone and the main pillar of its economy. Almost every president in recent memory has campaigned on the importance of their survival, and the IRS has allowed them tax allowances and leeway that larger institutions are rarely afforded. However, recent studies have shown that small businesses are not the job generators they might have thought to have once been.

According to the U.S. Small Business Administration, small businesses create over 66% of net new jobs. A new report also shows that small businesses account for 44% of total U.S. economic activity. Although this number has declined gradually in recent years, it still remains a significant portion of overall GDP contribution.

The drop in GDP share small businesses contribute to while maintaining the majority of net new job sourcing is of particular importance. According to the USSBA, from 1998 to 2014, the small business share of GDP has fallen from 48% to 43.5%. Yet, over the same period, the amount of small business GDP has grown about 25%, at a rate of about 1.4% annually. They add that real GDP for large businesses has grown faster however, at 2.5% annually.

Find Out: How Our Businesses Will Continue To Move Forward Post-Pandemic
Read: How Small-Business Struggles Hurt All Americans

So how does a sector that has decreasing importance on total GDP still account for 99.9% of all businesses in the United States?

As with all economic data, context is key. The numbers cited by the SBA are from numbers accumulated up until 2014. A 2015 study by the Kauffman Foundation found that new businesses, not necessarily just small ones, account for virtually all new job creation in the United States and nearly 20% of gross job creation. In other words, startups spur greater job growth than larger companies. Another study by American Express and Dun & Bradstreet showed that mid-size firms (those with revenue between $10 million and $1 billion) were responsible for 92% of the net new job creation from 2008 through the end of 2014.

This shows that SBA numbers and independent studies demonstrate conflicting figures as to who generates the majority of new jobs. One of the reasons behind this could be the “stickiness” of jobs per firm size, or the net vs. gross job creation. While startups and younger firms are very efficient at creating new jobs and quickly, they are also just as efficient at destroying them. Another Kauffman Foundation study in 2010 found that all net job growth comes from firms less than one year old. They add that the problem is that these firms also destroy jobs, as many go out of business soon after they open. Economist Johnathan Leonard told MIT Press that the largely ignored pattern is that “small establishments account for most net job loss just as surely as they account for most net job gain.” That’s to say that the SBA’s numbers are not necessarily wrong, but they do not offer the entire context. To sum it up: Small businesses create a lot of jobs, but they also destroy a lot of them too and people aren’t taking notice.

In fact, the SBA themselves found in 2012 that just one-third of new businesses survive to their tenth year. That means that the majority of the small businesses that were job-churners in their early days, end up being lay-off machines and “net zero” employers in the end. So while it may be true that small businesses largely contribute to the amount of new jobs each year, overall they might not have as much of an impact on real job growth.

The U.S. has long been a favorable location for startups, and gives preferential tax treatment and benefits to those looking to create businesses. In their ramp-up, employees are needed — and quickly. This spurs quick job growth that is merited toward the overall jobs numbers.

So why have small businesses always been referred to as the backbone of American society?

MIT researcher David Birch conducted a study in the late ’70s that showed that between 1969 and 1975 more than 80% of jobs were created by businesses with fewer than 100 employees. Birch later admitted that his results were a “silly number,” according to the MIT Press, and that he could change them “at will by changing the starting point ” or the interval. It didn’t matter — the story of “small is better” already had America hooked.

MIT Press continues that his claim had been “endlessly repeated, like an urban myth, getting larger and larger, and even being garbled into claims that small business is responsible for ALL job creation. Years later, the sentiment is still being hammered into the American psyche by small-is-beautiful advocates and presidents on both sides of the aisle.”

While this shifts the perception of what kind of value small businesses bring to overall GDP, it still does not answer the question of why almost all businesses are on the small side.

Despite not living up to job growth hype, small businesses still remain a crucial part of the American economy and way of life. The availability of credit in order to sustain your own employment is rarely something seen overseas, specifically on the scale it is in the United States. While there are certainly arguments against the “debt nation,” the availability of lines of credit gives workers privileges that counterparts in other countries of the same skill would never be afforded.

Part of this freedom is wage growth. “Small, locally owned businesses and startups tend to generate higher incomes for people in a community than big, non-local firms, which can actually depress local economies,” said Stephan Goetz, Ph.D., professor of agricultural and regional economics at Penn State and director of the Northeast Regional Center for Rural Development, reports Business News Daily.

Another irrefutable advantage — being your own boss. The MIT Press adds that most small business owners have no desire to grow their firms, and that nearly 75% want to keep their business small. They add that surveys show that the majority of business owners aren’t looking to get rich, but do not want to work for a boss. Further, there is also no desire amongst the same population to grow their employee base, preferring to keep their workforce to just a couple of people. MIT Press adds that this is not surprising given that the majority of small-business owners are skilled craftspersons, professionals and small shopkeepers. These include plumbers, electricians, painters, lawyers, dentists, accountants, insurance agents, dry cleaners, gas stations and restaurants — who very much are the backbone of America.

So while this might not bode well for net job gains, it gives Americans the opportunity to execute a way of life that is almost the very thread of their national identity — freedom.

The ability and ease with which one can open a small business is also a substantial competitive advantage, if not the American dream. Still, it does not change the statistical reality. Given the numbers on small-business contributions, it would be unsurprising if the IRS eventually tapered off the preferential tax treatment business owners have been enjoying for decades. It could be argued though that simply allowing conglomerates to run away with expansion is an economically unsustainable goal.

As Goetz points out, a better strategy to promote economic growth may be to encourage local business rather than recruit large outside firms, BND adds. He stated, “We can’t look outside of the community for our economic salvation..the best strategy is to help people start new businesses and firms locally and help them grow and be successful.”

As SpaceX and Tesla founder Elon Musk described, “America is the land of opportunity – there is no other country where I could have done this.”