What Is the Economic Impact of State-Run Liquor Stores Banning Russian Vodka? 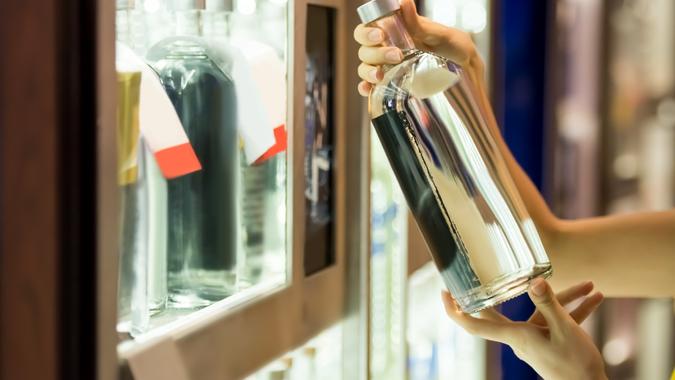 A few U.S. states have ordered government-run liquor stores to stop selling Russian-made vodka and other spirits following Russia’s invasion of Ukraine, but the economic impact on the spirits industry and Russia itself will likely be minimal.

See: Does Your Portfolio Contain Exposure to Russia, and Will It Be Impacted by the Ruble Crash?
Find: Oil Breaks $100 Mark as Russia Invades Ukraine — What Does That Mean for Biden’s Promise on Gas Prices?

Utah Governor Spencer Cox issued an executive order on Saturday instructing the state’s Department of Alcoholic Beverage Control to take all Russian-produced and branded products from the shelves of its retail stores, Reuters reported.

He was the fourth governor to do so, following the governors of New Hampshire, Ohio and Pennsylvania. The moves were made to show support for Ukraine.

“We will do our part to push back on the Russian invaders and stand with our sisters and brothers in Ukraine,” Cox said in a tweet, adding that Utah would “also review all state procurements for any Russian ties.”

While the pushback against Russian spirits carries a symbolic message, it probably won’t have much of a financial impact. Russian-produced vodkas make up only about $18.5 million of the $1.4 billion vodka import market in the United States, The Guardian reported. State boycotts won’t have nearly the economic impact of other international sanctions, such as shutting Russia out of the SWIFT global banking system.

See: Demystifying SWIFT Codes — What They Are and How To Find Them

Of the 10 most popular vodka brands in the U.S. last year, only one — Smirnoff No. 21 Vodka, which ranked third — is considered a “Russian” brand, according to A1 Wine & Spirit. Yet even Smirnoff is actually owned by British spirits giant Diageo and manufactured in Illinois, WPVI-TV reported. Most of the other Top 10 vodkas are Swedish, Dutch, French or American brands.

Another popular Russia-branded vodka, Stolichnaya, isn’t made in Russia, either. It’s made in Latvia — something the company has played up since Russia’s invasion of Ukraine, noting on its website that the company “stands for peace in Europe and in solidarity with the Ukrainian people.”

As The Guardian noted, Stolichnaya is owned by Russian-born billionaire Yuri Shefler, who lives in Geneva, Switzerland. Russia banned the sale of Stolichnaya within its borders because of an ownership dispute that went to Russia’s supreme court.

Meanwhile, some American bars and liquor stores have begun to promote Ukrainian vodkas such as Kozak and Vektor.

“I woke up yesterday morning and I saw that Russia had invaded Ukraine,” Bob Quay, owner of Bob’s Bar in Grand Rapids, Michigan told the Associated Press. “You wonder what you can do. The U.S. obviously is putting on sanctions. I thought I would put on sanctions as well.“