‘Whopper’ of a Recession in 2023: Prominent Economist Predicts Major Fallout – and He’s Not Alone 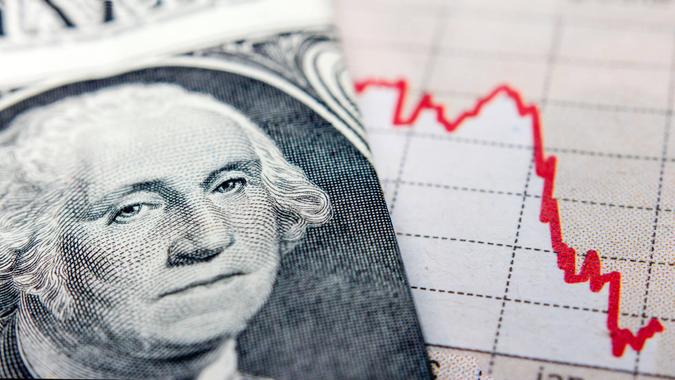 With another substantial federal interest rate hike likely coming in mid-September and as higher inflation fears continue to mount, a respected American economist is predicting a “whopper” of a recession in 2023, according to a statement made to CNBC.

Steve Hanke, economist and professor at Johns Hopkins University, asserts that Federal Reserve officials are putting all their eggs in one basket and avoiding crucial indicative data in its recession forecast analysis and plan to quell inflation.

“We will have a recession because we’ve had five months of zero M2 growth, money supply growth, and the Fed isn’t even looking at it,” Hanke told CNBC. “We’re going to have one whopper of a recession in 2023.”

M2 money supply is a measure of the amount of currency in circulation. It includes physical cash and checkable deposits as well as less liquid money, such as saving bank accounts. For Hanke, it is M2 growth that has caused sustained inflation and recession worries and it needs to be addressed by the Fed.

“We had [that M2 growth] starting with COVID in February of 2020,” Hanke said. “We had an unprecedented growth in the money supply in the United States, and that is why we are having inflation now — and that’s why, by the way, we will continue to have inflation through 2023 going into probably 2024.”

According to Fortune, the M2 index has been stable this year after wreaking havoc on inflation during the pandemic. Although Hanke points specifically to M2 and its influence on inflation and recession, other economists have taken to recession talk, offering similar cautionary opinions on the matter.

Mohamed El-Erian, chief economic adviser of Allianz and President of Queens’ College at Cambridge University, was warning people of a potential inflation rate of 9% in April and the “tragic” possibilities of a recession in America, reported Business Insider.

Now, he feels that the U.S. is not in a recession but that the risk of recession “is getting higher and higher,” per Yahoo Finance.

Michael Spence — 2001 Nobel Prize winner and professor and dean emeritus at the Stanford Graduate School of Business — thinks that overall, “inflation has peaked but it may not settle down at an acceptable level anytime soon,” per Bloomberg.

“There are still people who are worried that inflation will be persistent enough to force the Fed to really clamp down,” he said in an August 17 interview. “There’s still a non-trivial possibility that we’ll have a recession or a dramatic slowdown.”

Others are less vague. Economy expert Stephen Roach mentioned to CNBC this week that a “miracle” will be needed to stave off a recession. During a recent client call, JP Morgan CEO Jamie Dimon sees only a 10% chance of an economic slowdown that doesn’t lead to a recession, per Fortune.

The Federal Reserve’s plan to combat the highest inflation rates in 40 years has involved a series of sharp interest rate hikes since March 2022 and, as Reuters reports, the Fed is not going to change course anytime soon.

Speaking to The Wall Street Journal, New York Fed president and CEO John C. Williams stated, “I see us needing to kind of hold a policy stance — pushing inflation down, bringing demand and supply into alignment — it’s going to take longer, will continue through next year.”

Speaking to Yahoo Finance Live about the delayed impact of interest rate increase, Richmond Fed President Tom Barkin echoed his colleague’s sentiments, stating, “Remember, we started [rate hikes] six months ago, now is the time we ought to be seeing it hit in the rest of the economy.”

“A month or two ago, the debate was whether we were in a recession or not, I don’t think that’s the debate today,” Barkin said. “The job market is still very tight.”

The next Federal Reserve Open Market Committee meeting takes place on September 20-21, a week after the U.S. Bureau of Labor Statistics releases its August 2022 Consumer Price Index data on September 13. It is expected that the Fed will increase rates by 0.50% or 0.75%.