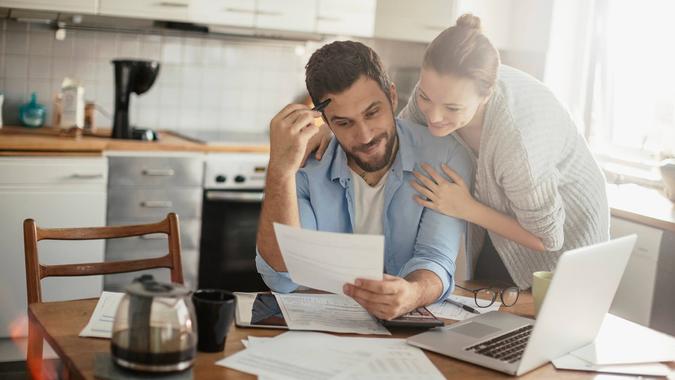 With inflation at a 41-year high and rising interest rates, Americans are struggling to keep up with soaring food and gas prices as well as an ever pricier housing market. Even with a tight job market that is beneficial to workers as they have more leverage with their employers, living a comfortable life and being able to retire early seems like a far-off dream for many.

Look: How Biden Is Impacting Social Security in 2022
More: The Downsides of Retirement That Nobody Talks About

Enter John Liang. The personal finance Tik Tok and Instagram guru, who became a “points millionaire” at 26, is living large thanks to a few habits.

Speaking on the Live Richer podcast, Liang shared a slew of tips. From how to fight inflation, to how to retire by 40 and how to get things for free, his recommendations are straightforward and easily applicable. During his podcast interview, he talked about the “money illusion,” how to get an impactful raise and how we can get caught up in beliefs that are mere marketing schemes.

Be Aware of the Money Illusion Concept and Your Salary

Northwestern Mutual explains that it was first coined by economist John Maynard Keynes, and the theory states that the average person tends to view their wealth and income in nominal terms instead of real terms. “Essentially, we may overlook inflation when making a host of financial decisions, from saving for retirement to buying a home,” according to Northwestern Mutual.

Liang said that people tend to forget that this concept also applies when asking for a raise and people should adjust their goals for inflation.

“The whole concept of the money illusion, [is] that when you think about your salary, you should, and really try…to adjust it with inflation, and so, therefore, you still have the same purchasing power as you would’ve had 10, 15, 20 years ago otherwise you end up behind,” Liang said.

“There’s always conversations about the wealth gap and ‘how do you bridge the wealth gap’? There’s a million different reasons as to why that’s occurring, but I think one thing that we can do as consumers is to really understand, year-over-year, our money is losing value and so our monetary and wealth goals should also adjust for inflation,” he added.

For example, he said that if this year the annualized inflation is 8.3% and you get only a 2% raise, you’re making less.

“Next year comes around [and] inflation next year [is] let’s say 2%, you [get] a 2% raise [and] you are still behind. Right? Because it kind of compounds against you, you are always going to be behind. And so that’s why it’s just so crucial for everyone to be thinking about it in those terms,” he said, adding that in today’s job market, where there are options, you can demand more aggressive pay increases.

Liang believes that there are a few simple steps on how to grow income one to achieve financial goals, namely by increasing revenue streams.

“You have to pick up side hustles,” he said on the podcast. “In terms of getting to [some] kind of the early retirement goal, the more income streams that you can pull in and bring in, the more attainable it is.”

Liang -who has a full-time job- recommended one route that is currently working extremely well for him, and for many others, is the creator economy, which is “in full swing.”

“You should look to create content because it has significantly accelerated my ability and timeline to hit that goal of retiring by 40, just on the revenue generated from creating content,” he said.

Liang, who is an early retirement advocate and aims to retire himself by age 40, said that for him, this matters as it’s a way of getting out of the corporate rat race “where you’re contributing to the overall corporate profits of some other entity, and kind of generating revenue for yourself so that you can buy back your time to be able to do, what it is that you enjoy.”

Prior to this new-ish economy, to hit his retirement goals, Liang’s way was real estate, which he deems “an incredible accelerator of wealth.”

“If you’ve got tax advantages you’re…gaining equity, you’re growing your net worth and obviously the cash flow from the properties and the appreciation,” he said.

He advises, however, that if you’re interested in real estate, make sure you account for variable expenses such as roof or furnace repairs, which can take a chunk out of this additional revenue stream.