Will Gas Ever Drop Below $3 Again? 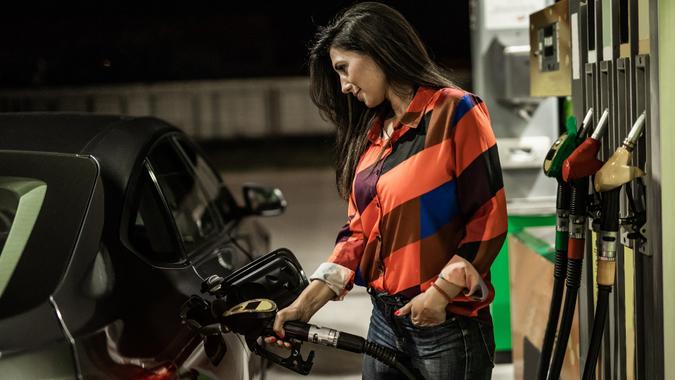 In the spring and early summer of 2020, they were all but giving gas away at less than $2 a gallon, according to U.S. Energy Information Administration statistics. That, of course, was an artificial low when the country was hunkering down at the pandemic’s peak. Later, in the third week of 2021, the average price per gallon returned to a more reasonable $3 per gallon.

Then, reasonable went out the window.

The average price as of August 1 is $4.21 — and things have been so bad for so long that $4.21 is actually a relief. This June, just one year after gas first breached $3, the national average topped $5 per gallon — more than $6 in some Western states.

Things are now clearly moving in the right direction, but will it continue? And even when inflation finally subsides, will America ever again enjoy a $3 gallon of gas?

First, the Glass as Half Full

Gas is still at or around $5 in most of the Western states. As always, prices are highest in California, where a gallon is going for a bruising $5.61, according to AAA. Even so, good news is not hard to find.

Gas has now fallen into the threes in 16 states — nearly one-third of the country. The whole of the American South — including Texas, Florida and border states like Kentucky, Missouri, Oklahoma and Arkansas — is enjoying sub-$4 gasoline. The one exception is Virginia, where it’s hovering just above $4, just as it is in most of the Midwest excluding Illinois.

According to CNET, prices fell for 34 straight days as of July 26, and 25,000 gas stations were back down to $3.99 per gallon or less. Eleven states were under $4 that day. Just three days later on July 29, five states had joined the list to bring the tally to the current 16.

With that kind of momentum, it’s hard not to be optimistic.

“Gas prices may have peaked in June, and are not likely to go back up unless there is a spike in oil prices, or a disruption in oil and refining processes,” said Dan Gray, who has been tracking fuel prices while managing the apparel manufacturer Kotn Supply. “This Labor Day could very well be the cheapest summer holiday at the pump.”

Smart Money Is on Guarded Optimism

AAA publishes real-time changes in the price of gas, so the organization is well aware that prices are steadily declining. Even so, America’s largest vehicle membership organization cautions against assuming that the current trend will continue indefinitely. National demand for gas is rebounding and oil prices could quickly change course.

Megan Arkis, who experienced the shock of both the chip shortage and the fuel crisis as the CTO of the electronics sourcing and supply chain firm ICRFQ, is toeing the AAA line with guarded optimism.

“Yes, I believe that gas price will come down to $3 per gallon,” Arkis said. “However, this isn’t going to happen anytime soon. Once the inflation rate cools down, it’s very possible to see gas prices go down to the $3 mark.”

Don’t Expect Gas To Follow the Trajectory of General Inflation

There’s no doubt that gas prices are connected to the inflationary pressures that have made everything from food to furniture more expensive all year long. But lumping energy prices in with general inflation, or expecting a correlating drop in gas prices when inflation subsides, is probably a simplistic read of the situation.

Ashley Chubin, COO of the delivery service Flyhi, is all too familiar with just how many variables are in play.

“The causes of this price increase are complex and aren’t just influenced by inflation,” she said. “The conflict in Ukraine has triggered export sanctions against Russia, which incorporate oil and other materials of production. This has had global repercussions on gas prices and availability, and the consequences are likely to be far-reaching. I can’t imagine a swift resolution, and while this conflict continues, prices are unlikely to return to what they were.”