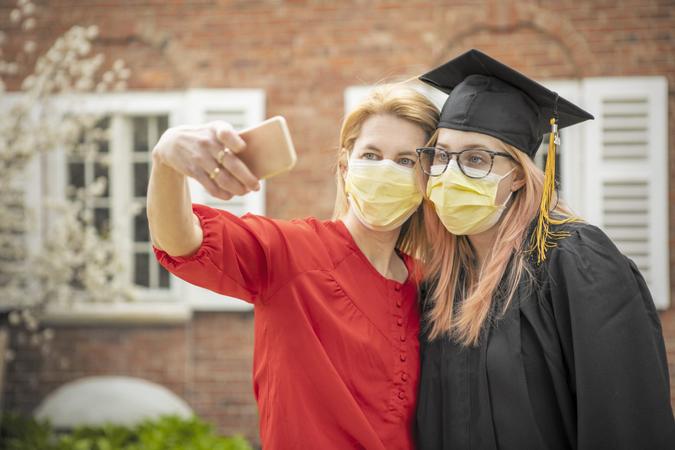 It remains uncertain how the Biden Administration will tackle the problem of massive student debt in the United States, but one thing is known: Women stand to gain the most from any relief efforts because they hold a disproportionate amount of the debt.

As CNBC reported on Tuesday, women owe two-thirds of the country’s $1.7 trillion outstanding student loan balance. On average, women borrow more than $31,000 in education loans, with Black women taking out more than $41,000. Men borrow about $29,000 on average.

Earlier this week the Biden administration said it will begin the process of reviewing and overhauling regulations governing major federal student loan relief programs, Forbes reported. The White House will look at student loan forgiveness programs and income-based repayment plans. For now, though, nothing concrete has been proposed.

Some kind of relief will obviously be welcome for all borrowers. But that’s especially true for women, whose situation was worsened by the COVID-19 pandemic, according to a report from the American Association of University Women.

In an interview with CNBC, AAUS CEO Kim Churches said women find themselves in a precarious position for a couple of reasons. First, they tend to earn less than men, making it more difficult to repay loans. And second, they are more likely to have attended for-profit colleges and universities, where debt levels are higher.

Economic fallout from the pandemic has only worsened the situation, Churches said.

“We’re expecting to see a big rise in the number of women who are unable to meet their student loan obligations,” she told CNBC. “Most of the layoffs we’ve seen have been in women-dominated fields, and many more women left the workforce and are still shouldering the responsibilities of child care and at-home schooling.”

The federal government has offered some relief since the pandemic began. On March 27, 2020, federal student loan interest rates were set to 0%, and payments were paused, CNBC reported last month. That policy is set to expire on Oct. 1, 2021, but that may change.

In addition, some borrowers can find relief through various government programs. Here are a few – you can learn more on the studentaid.gov website:

There are also a variety of ways to consolidate, change repayment plans and more. Your current loan amount and interest rate is very likely not set in stone – learn more here.