Worker Confidence is Rising Across the US 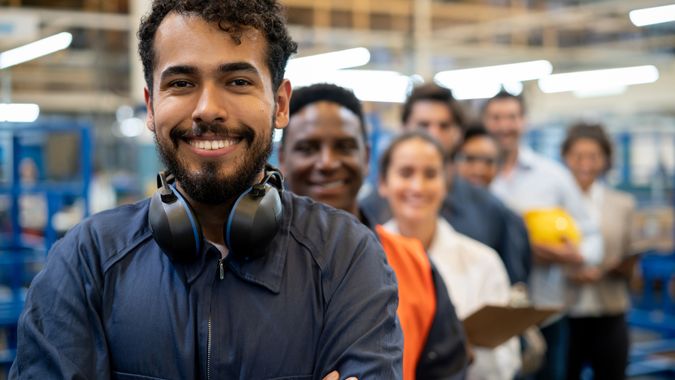 Worker confidence is on the rise across the U.S., mostly boosted by the vaccine acceleration, stimulus checks and easing of restrictions, a new LinkedIn survey finds.

See: 20 Jobs With the Most Financial Security
Find: The Top Company Hiring Now in Each State

The LinkedIn’s Workforce Confidence Index, which asked respondents across the U.S. how they felt about their job situation, personal finances and career outlook, shows that 82% of Americans indicated that confidence has climbed versus the difficult April-to-June period last year.

In addition, 60% of people showed improving confidence from the levels in 2020’s final quarter, according to the survey.

Cities where confidence increased the most are spread out all over the country and include: Tulsa, Okla., Richmond, Va., Colorado Springs, Colo., Greenville, S.C., Las Vegas, Boise, Idaho, New Orleans, Pittsburgh, Hampton Roads, Va. and Cleveland.

See: How To Achieve Better Work-Life Balance in 2021
Find: Blue-Collar Jobs That Pay You Six Figures

The survey says that Tulsa is a standout as “employers in the Great Plains city are hiring. Insurers want more financial analysts. The local brewery needs a warehouse manager. Even airlines are advertising for more ramp clerks.”

In comparison, the U.S.’ largest cities — including Chicago, New York, Los Angeles and San Francisco — are faring moderately well, showing modest improvements in individual confidence, according to the survey.

As for job fields, people working in the airline industry now are the most optimistic, up 29 points from their sentiment in 2020’s fourth quarter, according to the survey. Other industries with big surges include health, wellness and fitness, entertainment and civil engineering.