How Much Do Twitch Streamers Make? 2021 Top Earners 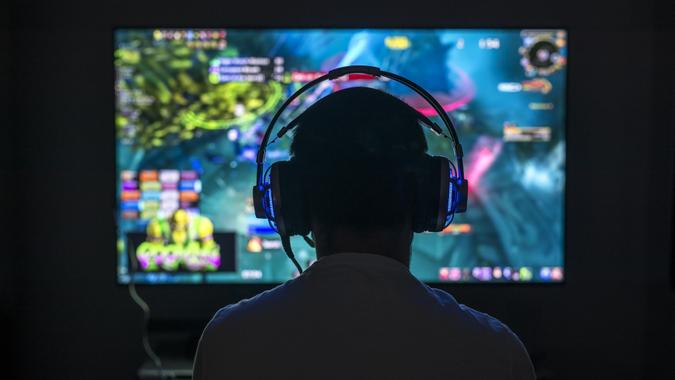 Gaming doesn’t have to be a lonely activity or one that’s just you against the machine. Thanks to advancements in streaming, there are a bunch of games and consoles that allow you to join multi-player rounds, even across-platforms. In fact, one of the biggest moments for gamers was the announcement that users on Playstation and Xbox could play each other online, breaking down the walls that kept gamers apart.

Other options make it possible for the gaming community to come together. Gamers have made a video streaming platform called Twitch the go-to place where they can watch peers play their favorite games live and interact with their favorite players.

Twitch was founded in 2011 as justin.tv. In 2014, it rebranded as Twitch Interactive and Amazon purchased the company soon after the rebrand. To get an idea of how popular the streaming service is among gamers, League of Legends is the most-watched game on Twitch. Its streams add up to 35.67 billion watch-hours to date.

Although gaming is the main activity on the live-stream platform, you can also learn how to cook a new recipe or watch a concert–now that the pandemic has stopped live shows–or do a test run on a video game before buying it by watching someone else play it live. There were over 9 million active users on the platform in December 2020 and a few of the earliest adopters are making serious cash. Here’s how.

Richard Tyler Blevins is the guy behind the Ninja channel. He’s the first to gain 10 million followers on Twitch, largely due to his Fortnite streams when the game was at its peak. Ninja currently has 16.7 million followers. He’s sponsored by Red Bull and sells his own line of merchandise.

Canadian Michael Grzesiek is the player behind Shroud. He focuses on battle arena games and has 9 million followers. Head over to Shroud’s “about” section on his channel and you’ll find him promoting Postmates, Nitrado Game Servers and Logitech.

Pokimane is one of the few female Twitch streamers with a huge following. Her real name is Imane Any and she’s a Moroccan-born Twitcher raised in Canada. She has 7.4 million followers who tune in to watch her play Fortnite, League and more. Pokimane is the second-most-watched VALORANT channel. In addition to streaming six hours on average per day for her subscribers, you’ll find her promoting Cash App, Pokimerch and Nzxtbld.

Timothy John Bater’s TimTheTatMan channel is for mature audiences only. His no-holds-barred broadcasts playing World of Warcraft, Call of Duty: Warzone, Overwatch and Counter-Strike: Global Offensive have a big following. His #tatmanarmy consists of 6.2 million followers, who are exposed to his ads from Razer, UltraGear and NzxtBld.

Ben Lupo is the broadcaster behind DrLupo and has 4.4 million followers. He rose in popularity playing Fortnite with Ninja. Besides making almost $2 million in revenue, DrLupo often fundraises for charitable causes by broadcasting charity streams. In a stream for St. Jude’s Children’s Hospital, a fellow gamer delivered a $1 million check to his house, leaving DrLupo in tears.

If you love interacting with an audience and feel like you have something to bring to the table, becoming a Twitch broadcaster may be a natural fit. Whether you choose to play video games for a living or start your own cooking channel, there are tons of opportunities on the platform to grow a following and make some money.

To make money on Twitch, you need viewers. As with other social media platforms, building a following takes time and consistency. You’ll need to commit to broadcasting videos, even if it’s for a small audience consisting mostly of family members at first. Stick with it, create quality content, interact with other Twitchers in different channels, cross-promote on social media and hopefully your audience–and cash in the bank–will grow.