Long Game CEO and founder Lindsay Holden saw a problem in the way she and many other Americans think about saving money — namely, that the process of financial planning and saving isn’t “fun.” She wanted to change that by gamifying the way people save. Long Game is now one of the top financial apps, combining savings with a lottery aspect that allows players to win cash and cryptocurrency. Since its founding in 2015, Long Game has raised $2.6 million in funding, according to Crunchbase.

Each week, GOBankingRates sets out to discover what makes the people behind top companies tick. We like to call this series “Best in Business” — and Holden really is one of the best. She told us how John Oliver inspired her business, how she measures success and ways that you can find (or build) your own dream job, too. Below, find our favorite moments from the story of how Holden launched such a successful venture.

See: These Female Founders Are Leading Their Companies to New Heights

For a while, I had been watching and questioning my own psychology around money — why is it so fun to gamble and so un-fun to plan and save? There was a moment when I was watching a John Oliver skit about the lottery that validated this human tendency: Over 60 percent of Americans play the lottery, and it’s a billion-dollar industry. I had learned about the idea of Prize-Linked Savings — which gives you chances to win a “lottery” for saving — and became really excited by the idea, and Long Game evolved from there.

I probably should have been more fearful about starting a company because running a startup is extremely challenging at times, but I was so excited by the idea and the potential that I can’t remember being afraid. I think this is part of why I like the lottery and gambling — I am more prone to focus on the upside, and not assign as much value to what could go wrong.


Make Your Money Work for You
Sponsors of

Check Out: 13 Women You Didn’t Realize Were Running Your Favorite Companies

I was surprised by how polarizing the idea of Long Game is. Some people just didn’t get it, while other people loved it. It was challenging to find a bank that would back our app before we had any traction. I ended up reaching out to Blue Ridge Bank — who had one of the first Prize-Linked Savings accounts in the U.S. — and of course, they understood the idea and took a chance partnering with a startup.

Read: 15 People Who Turned Their Brilliant Ideas Into Profitable Businesses

She Hopes Her Company Will Revolutionize the Way People Save

Starting Long Game, I knew I wanted to work on something with a mission I felt great about. It was important for me to have a positive impact on the world.

Success is always a moving goal post, and we have a long way to go. But a cool thing that has been happening lately is that people know about Long Game already when they meet me or one of our team members. It’s starting to be a more known and loved company.

When we are able to say that people who use Long Game are economically better off than people who use traditional banking apps, that’s what I will consider success for our company.

Keep reading to find out the worst advice successful entrepreneurs have ever received. 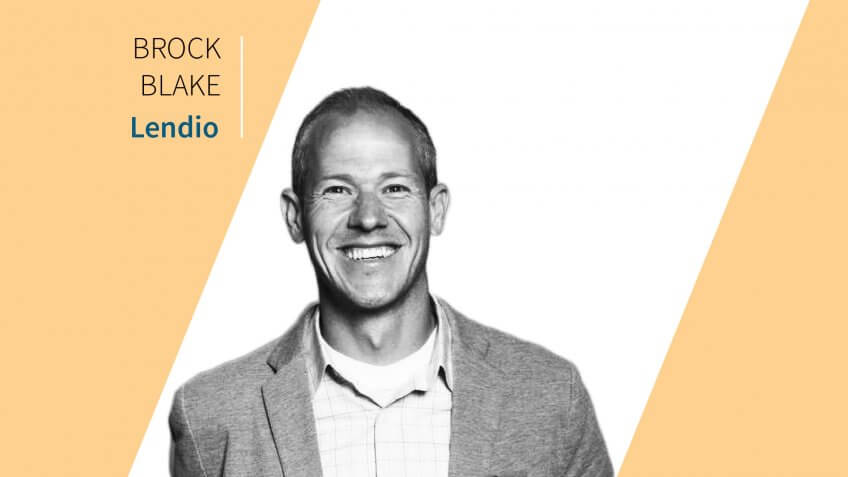 This Lendio CEO Started a Billion-Dollar Business That Helps Other

Brock Blake is fueling the American dream, one loan at a time.