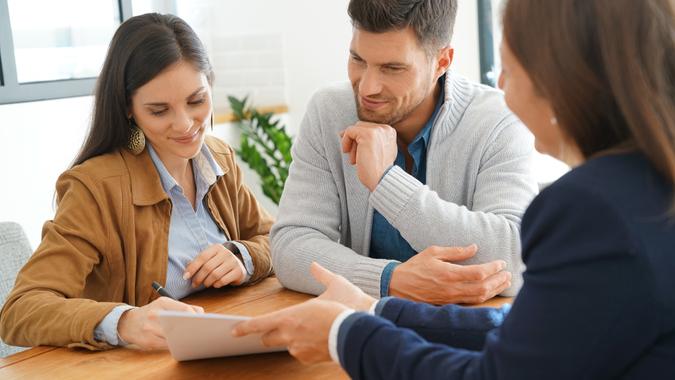 While America may be a wealthy country in many ways, Americans themselves are not very rich with financial knowledge on the whole. According to The Milken Institute, financial literacy refers to “how individuals manage their resources and engage in financial decision-making.” The answer to that in America is, well, not very well.

A study in the Journal of Consumer Affairs found that nearly three-quarters of respondents did not understand the basic definition of financial literacy. Additionally, according to The Milken Institute, in an S&P Global Financial Literacy Survey, only 57 percent of U.S. adults were financially literate.

Rather than feeling badly about how little we know, we can take advantage of financial holidays designed to bring awareness and education to our finances — such as the following three just this month.

You’ve probably heard that April is Financial Literacy Month, an official “holiday” (though without any days off) formally designated by Congress. A financial holiday might sound like an oxymoron, but there are lots of reasons to celebrate learning more about finances for the average person.

Financial knowledge affects everything you do with your money, from saving and managing it to paying your taxes with it and so much more. Without a basic understanding of things like budgeting and retirement planning, people find themselves in unfortunate situations, such as paying exorbitant interest on a credit card or not building an emergency fund.

The Senate officially passed the resolution in March 2004 and the holiday month was formally acknowledged in April 2004. According to the National Financial Educators Council, Senator Daniel Akaka was the bill’s sponsor, and its goal was to increase public awareness about how crucial financial education is, particularly the negative consequences that follow a lack of education.

Financial Literacy Month was an offshoot of Youth Literacy Day, sponsored by the National Endowment for Financial Education(NEFE). This program was connected to a High School Financial Program, according to National Today.

While there’s never a bad time to increase your knowledge about financial matters, try to take the time this April — especially as you prepare to file your taxes — to learn more.

Related: For 80% of Americans, Their Lack of Financial Education Has Been Costly

There are many important jobs that can be considered “invisible,” meaning they get very little public attention except at key moments. For example, accountants and other financial experts do very important work, and now they have their own holiday to show appreciation and celebrate the work that they do — National Bean Counter Day on April 16.

“Bean counter” is a term that came into public play around the 1970s, and “is someone who concentrates solely on accounting, inventory, profit and numbers at the expense of other aspects of business and of living,” according to Grammarist.

This is the day you should publicly acknowledge your accountant, CPA, financial planner or other finance professional for the hard work they do crunching numbers and keeping financial institutions running, according to National Today. The holiday was founded by, of course, a CPA named Kevin Wenig, from Trumbull, Connecticut, who wanted to bring the spotlight to the hard work of accountants at tax time, and to get them a day off work after the typical tax deadline of April 15 (though the tax filing date has been moved to April 18 in 2022).

Calling Tax Day a holiday might be stretching it, as it’s not a day most people look forward to unless they’re getting a big refund. But, it is a necessary evil to collect the monies that run our government.

That’s right, the government needs us to pay taxes for a variety of programs. These include Social Security, Medicare, defense and national security, safety net programs that support children, low-income families and the elderly, and much more. However, while the Internal Revenue Service (IRS) may be a fixture in your lifetime, it didn’t actually exist until 1862, during the Civil War, when President Abraham Lincoln signed the department into law.

And if you think this is a tough day for you, imagine the many accountants who work overtime to help folks file their taxes, file extensions, set up installment plans for tax bills, track their tax refunds and so much more. Without accountants, we’d all be having a lot more interactions with the IRS than we desire, so try to reflect on that when you’re having a stress-free Tax Day — if you’re one of the lucky ones.