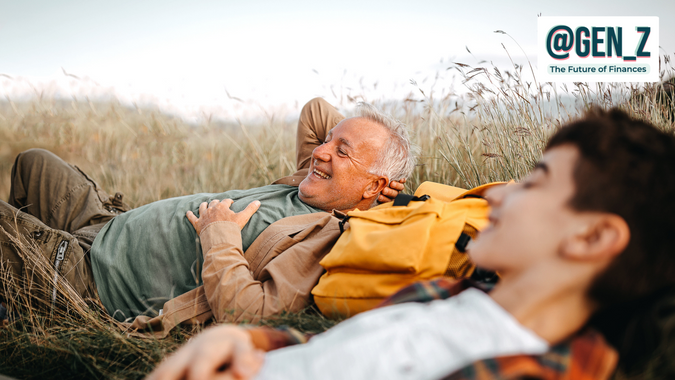 No one starts out as an expert when it comes to finance and money. Typically, the best lessons are learned over time, through experience. As most baby boomers are now close to or moving through retirement, they’ve likely had a lifetime of financial ups and downs.

Find Out: Baby Boomers, Gen X or Millennials — Who Really Had It Worst Financially?
Boomers vs. Millennials: A Look at the Financial Gap Between Generations

On the other end of the age spectrum, Generation Z is just dipping their toes into the waters of finance and investment, and there’s lots they can learn from the baby boom generation. Listen and learn as some baby boomers share their biggest money regrets for Generation Z — or anyone — to learn from.

In spite of repeated encouragement from financial advisors and news outlets for savers to begin early, for many people it’s just human nature to not begin saving early enough. Thanks to the compounding nature of interest, the earlier you can save, the less you’ll have to sock away every month. Now that they’re approaching or entering retirement, many baby boomers regret not saving when they were teenagers or in their early 20s, like Generation Z is now. As Danielle, a retired secretary, said, “I never put anything into my 401(k) until I was 30 years old. I wish I had someone get on my case about it because it was such an easy thing to set up once I actually did it.”

Not Following Their Career Passion

When you’re young, it’s tempting — and easy — to jump for the highest-paying job you can get, even if it’s not your dream job. While there’s nothing wrong with earning the most money possible at a young age, there’s always the risk that you end up shackled by “golden handcuffs” in an industry that you don’t particularly enjoy. The longer you stay on that career path, filled with promotions and more money, the less likely it is that you’ll completely jump ship and hop into an industry that’s more in line with your goals and values.

Some baby boomers look back with regret at their professional lives, wishing they had pursued more enjoyable careers rather than constantly grinding away in an industry that didn’t spark their passions. As Katie, a CPA, told Woman’s Day magazine, “I regret not pursuing my passion in my career…I chose the major that would help me get a degree the quickest to start working,” so she became a CPA. “I did what was best to pay for school and I regret that.”

Not Standing Up for Themselves

When you’re just starting out, you’re often so eager to please your superiors that you’ll do whatever they ask just to stay in their good graces. Ultimately, this can lead to dissatisfaction in your job, as you’re taken advantage of for your work and/or placed on a career track that you never intended.

Baby boomer Diane, a 64-year-old nurse, regrets not standing up for herself in her career. As she put it, “Early on in my career and in my personal life, there were countless times where I wish I spoke up but I never did because I was too afraid.”

Discover: These Are the 15 Best Cities for Gen Z To Live Well on a Budget

Everyone runs into financial difficulty from time to time in their lives. It’s nearly inevitable, especially as most Americans live paycheck to paycheck. While only a small percentage of individuals actually end up on the road to bankruptcy, nearly everyone on occasion has to scrape by, thanks to job loss, unforeseen medical expenses or simply financial mismanagement. At these times, taking early withdrawals from retirement accounts might seem like the only way out. But as many baby boomers will tell you, raiding your retirement accounts early can lead to significant financial consequences down the road.

Those in financial distress often rationalize that their retirement funds are their own money and they should be able to do with it what they want. While that’s technically true, you’ll likely regret not having that money available to you in retirement. In addition to the taxes and penalties you’re likely to pay on any early withdrawals, not having that money compounding in your retirement account can cost you thousands of dollars or even more in the end, when you won’t be working to replace it. According to data from Edelman Financial Engines, 55% of those who withdraw from their retirement accounts early end up regretting it.

Not Having a Large Enough Emergency Fund

Financial emergencies are a near-certainty in life, almost as much as death and taxes. While most financial experts recommend having three to six months of savings in an emergency fund, many baby boomers will tell you even that is not enough.

Although it can be psychologically hard to keep a separate pool of money that “just sits there,” having a large emergency fund should take away your stress about encountering financial difficulty. That alone makes having a large emergency fund worthwhile. However, you’ll also be thankful that you actually have the money to cover an unforeseen expense without having to go into debt, which could further derail your long-term financial plan.

Dirk Cotton, a retired executive in Chapel Hill, North Carolina, said that “Retirement planning is more risk management than portfolio management…Focusing my retirement decision primarily on investing drew my attention from the other risks of retirement, like family members who might need financial support and healthcare shocks.”

Having Too Much Credit Card Debt

Credit card debt is the scourge of financial planning. As most credit cards carry double digit interest rates, debts that start small can rapidly spiral out of control. Carrying a balance on your credit cards requires regular monthly payments out of your cash flow, simply to cover the expenses you’ve covered in the past. This leaves less money to pay for your current expenses, or to save for retirement. Many baby boomers will share stories of how their credit card debt grew quickly out of control, requiring them to divert financial resources that would have been better utilized saving for retirement.

Other Debt: See How Much More Tuition Costs for Gen Z Than It Did for Gen X at 30 Popular Colleges

Although the Financial Independence, Retire Early (FIRE) movement continues to gain momentum, many baby boomers will tell you that retiring too early was actually a huge financial mistake. Certainly saving lots of money and retiring in your 30s or 40s sounds good on paper, as it theoretically frees you up from having to work and allows you to travel the world or do anything you want. But some baby boomers that retired too early ended up regretting it. As it turns out, living in retirement can be just as expensive — or even more so — as pre-retirement was. Without a steady source of income, even having a seven-digit nest egg may not be enough to support some in early retirement. Some baby boomers also express regret over giving up the social aspects of a career too early.

AJ Borowsky, author of “What Next: A Proactive Approach to Success” in La Quinta, California, retired early at age 48. According to AJ, “While I’m generally satisfied with my early retirement, there is one thing that people looking to retire early, especially, should consider. While you suddenly have large amounts of free time, your friends are still working, so the very people you would want to spend time with are unavailable.”